9 New Books We Recommend This Week 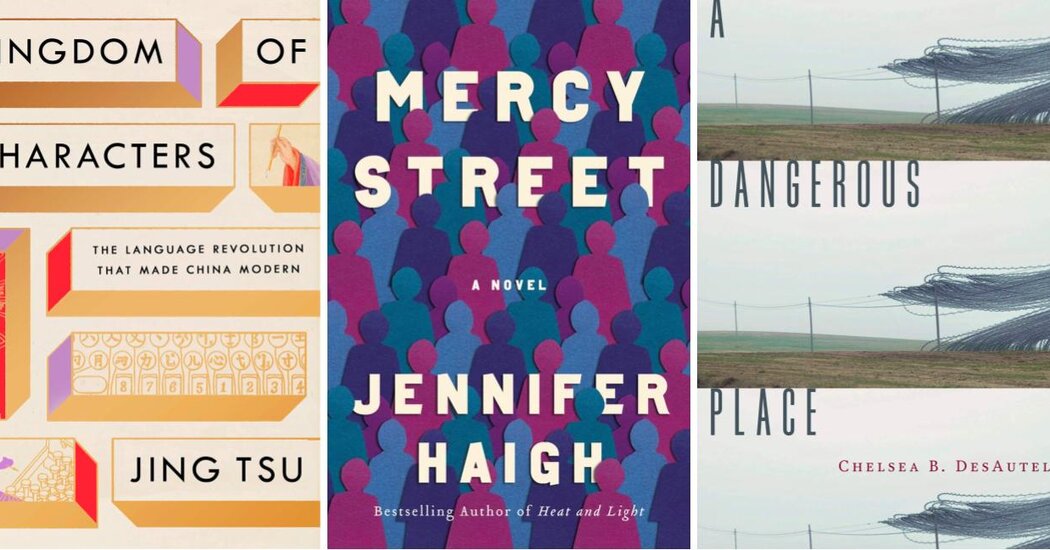 THE POSTMISTRESS OF PARIS, by Meg Waite Clayton. (Harper/HarperCollins, $27.99.) The heroine of this suspenseful historical novel was modeled on a real-life Chicago heiress who used her money and influence to smuggle thousands of refugees to safety during World War II, showing that loyalty and love can flourish even under tragic circumstances. In Clayton’s version the title character, Nanée, is trying to reunite a French widower with his young daughter and spirit them to America — but how? “Awaiting the answer to that question,” Alida Becker writes in her latest historical fiction column, “and wondering about its impact on Nanée’s own future, enriches Clayton’s already suspenseful plot.”

SEVEN GAMES: A Human History, by Oliver Roeder. (Norton, $26.95.) Roeder, a student of games and game theory, is deeply aware of the tension between what games are and what people project onto them. In his “group biography” of checkers, chess, Go, backgammon, poker, Scrabble and bridge, Roeder investigates not just the history of how we play, but why. He also shows, poignantly, how computers are changing our relationship to these games. “Each of the primary sections of this book reads like a tragedy, a repeating myth of hubris,” Peter Sagal writes in his review. “Every game has its history, its champions, its quirks and its community, and then comes the programmer who believes he can teach a computer to play it. Each time, devotees of the game stake their claim that their pastime is a pure expression of ineluctable human creativity, and then, as the programs improve, the players are stripped of their illusions.”

JOAN IS OKAY, by Weike Wang. (Random House, $27.) Joan is a 36-year-old attending physician in an I.C.U. on New York’s Upper West Side, who just wants people to leave her alone so she can work. But pressures from her family, H.R. and her neighbor leave her with a rage that Wang leaves always bubbling beneath the surface. “In the hands of Weike Wang,” Deesha Philyaw writes in her review, “Joan’s dry wit is downright hilarious, sometimes unintentionally, sometimes as a coping mechanism. … Wang has given us a character so unusual and unapologetically herself that you can’t help wanting to hang out with her, knowing full well that she wants nothing more than to be left alone.”

BLACK CAKE, by Charmaine Wilkerson. (Ballantine, $28.) In Wilkerson’s vibrant debut novel, celebrating second chances (and family food), a brother and a sister learn the truth about their mother only when it’s too late to ask questions. Together, they must learn how — and when — to carry out her last wish. “Wilkerson approaches her plot like a mad chef, grabbing ingredients from all over the world, slicing and dicing with abandon, tossing characters and palm fronds and a few drops of rum into a pot and letting it all come to a simmer,” Elisabeth Egan writes in her latest Group Text column. “You’re plunged into a roiling soup of family secrets, big lies, great loves, bright colors and strong smells.”

A DANGEROUS PLACE, by Chelsea B. DesAutels. (Sarabande, paper, $15.95.) The poems in DesAutels’s debut collection snake between interior and exterior landscapes. The past interrupts the present, then life re-interrupts — we can’t leave the present for long. In many of the poems the speaker is dealing with cancer, as in “Broken Portrait,” with its stark reversals of expectation: “I married a good man. He loves me and irons his own shirts. I’m spoiled. / I mean I am rotting.” Our poetry columnist, Elisa Gabbert, writes that “I feel battered around by this poem, in a good way. I sometimes want a poem to abuse me a little, abuse my trust and shock me, to be quiet and then suddenly loud. In a poem, as DesAutels writes, there’s ‘no threshold between threat and tranquility.’”

Happy to Be Home, the Phillies Conquer a Padres Ace