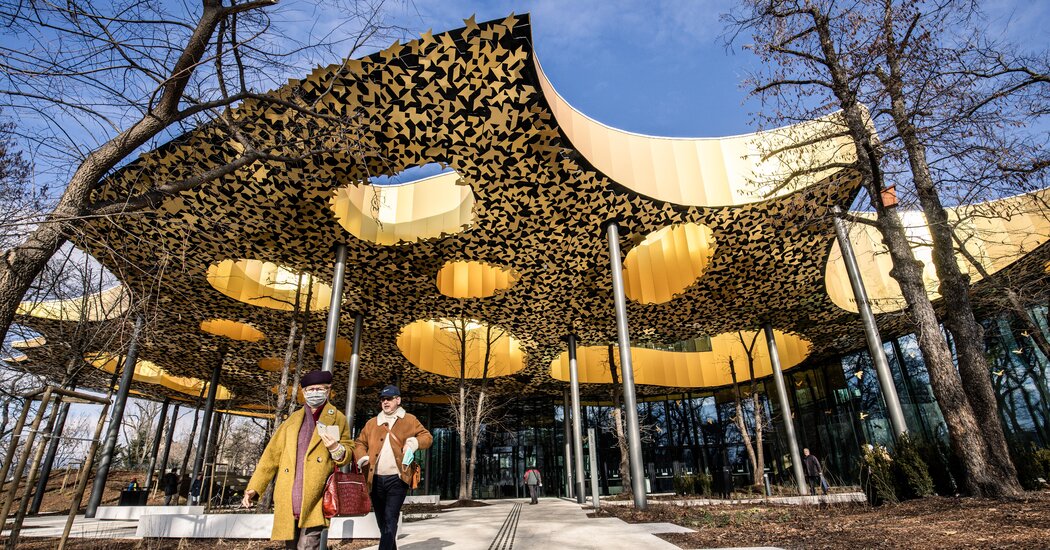 BUDAPEST — A polarizing project by the government of Viktor Orban, Hungary’s far-right prime minister, to transform the historic City Park here into a museum district has produced its first building: the House of Music, Hungary.

Designed by the Japanese architect Sou Fujimoto, the cultural center, which opened on Jan. 23, offers exhibitions, education and concerts. An interactive permanent show guides visitors through the historical development of Western music; celebrates the contribution of Hungarian composers like Liszt, Bartok and Kodaly; and traces Hungary’s folk music tradition to its Central Asian roots. One room, painted in the colors of the Hungarian flag, features video displays on the country’s political history and famous athletes, with the national anthem as a soundtrack.

Yet beyond the House of Music’s glass walls, which are animated by reflections of construction elsewhere in the park, this new building is mired in controversy.

Critics have said that the government’s plans to develop the 200-year-old City Park into a museum district disturbs the natural environment, deprives locals of much-needed public space and raises concerns about corruption. But those behind the project say the site has always been more than a public park, and that the undertaking is Europe’s largest urban development project. In a speech, Orban described the transformation as an “unfinished work of art.”

In 2012, Orban’s government announced an ambitious plan to transform the park, in disrepair after decades of neglect, into a district of five museums. The estimated cost at the time was about $250 million, but that had ballooned to nearly five times original projections by 2017.

There had been a virtual consensus that the park needed work, but the government and park conservationists disagreed about the fate of the park’s natural features.

A special legal designation allowed the project to skirt existing development rules, meaning the municipality of Budapest had little say over the government’s plans. And legislation adopted by Orban’s party placed the park under the purview of a newly created, state-owned company controlled by his allies. Sandor Lederer of K-Monitor, an anti-corruption watchdog, said that public records indicate the House of Music alone had cost Hungarian taxpayers as much as $100 million.

“The project is a good example of how public investments work under Orban,” Lederer said. “There are no real needs and impact assessments done; citizens and affected parties are excluded from consultations and planning.”

He added that poor planning and corruption have benefited companies widely seen as Orban’s clientele, saying, “Not only present, but also future generations will pay the costs of another Orban pet project.”

Laszlo Baan, the government commissioner overseeing the project, declined to be interviewed, but a spokeswoman said in a statement that the government had so far spent 250 billion Hungarian Forint, about $800 million, on the project. Fujimoto’s office did not respond to an interview request.

In 2016, private security guards clashed with park conservationists at the future site of the House of Music. Gergely Karacsony, an opposition politician who was elected mayor of Budapest in 2019, did not attend the House of Music’s Jan. 22 unveiling, which took place on the Day of Hungarian Culture, a national celebration. The building, he wrote on social media, was born not of culture, but of violence.

In a radio interview, Karacsony recently likened construction in a public park to urinating in a stoup of holy water: “You can do it, but it ruins why we are all there.”

Orban, however, has sought to frame the museum district as a legacy project, and he has used it as a cudgel in his own war against what he sees as the West’s cultural decline. Unveiling the House of Music, he attacked critics of the park’s transformation as leftists who opposed beauty.

“The Hungarian nation never forgets the names of those who built the country,” Orban said in a speech at the ceremony, adding that detractors are not remembered, “because the Hungarian nation simply casts them out of its memory.”

He added that national election’s in April would be “a period” that would end debate over the future of the park.

Since returning to power in 2010, Orban and his allies have taken over public media, as well as most of the country’s private media, to promulgate far-right conspiracy theories, attack the regime’s critics and advance Orban’s culture war (which has also reached academia and the arts.) Hungary’s cities are currently blanketed in political ads featuring Orban’s main political opponent as Mini-Me from the Austin Powers movies.

Orban’s political machine interprets culture as “something that must be occupied or conquered,” said Krisztian Nyary, an author who grew up near City Park. “They are only capable of thinking in terms of political logic, but culture is different.”

He added: “Do we need a House of Music? I don’t know. I see it’s a beautiful building, and I’m sure they’ll have exciting events, but it doesn’t belong there.” Repurposing the park transforms its function, he said, jeopardizing a valuable natural environment that has served as “the lungs” of surrounding neighborhoods.

The park is bordered by the Sixth and Seventh districts, which Gabor Kerpel-Fronius, Budapest’s deputy mayor, said have the fewest green spaces in the city. The museum district, he added, could have been planned elsewhere, such as in a rundown rust zone nearby.

Imre Kormendy, an architect, served as president of the Hungarian Society for Urban Planning when the museum district project began. He quickly learned that the government had no intention of meaningful consultation with stakeholders, he said.

“Naïve professionals such as myself had no idea this project had already been decided,” he said. “Not even the Guggenheim was constructed inside of Central Park. Why should a city park be burdened with such development?”

Yet Eszter Reisz, who raised her family in the area, said the park’s development was “fantastic” in comparison with its previously unkempt condition.

For Klara Garay, a 71-year-old biology teacher who has lived near the park for decades, the repurposing of the park epitomizes the general climate in Hungary. She has been protesting against the park’s redevelopment since it began.

“I feel despair,” she said. “This country is morally at such a low point.”

Although the House of Music aims for community-building and education, the strife over its genesis is a reminder of why many of Hungary’s most celebrated musicians — such as Bartok, or Gyorgy Ligeti — left the country.

“The political past of Hungary has been very problematic in certain phases of its history,” said the musicologist Felix Meyer, who runs the Paul Sacher Foundation in Switzerland. Many of the country’s talented musicians, he added, chose to live in the West.

“It’s as simple as that,” Meyer said. “Hungary was a small country and could be very repressive, and not all of them felt appreciated. These are great minds, very liberal minds, people who needed space and opportunities, so it’s natural they made big careers outside of Hungary.”

The acclaimed Hungarian pianist Andras Schiff, who has been in self-imposed exile for over a decade in protest of Orban’s politics, said by phone that “The way Orban supports culture is very selective.” Schiff added that Orban “will support everything that follows him, everybody who joins the bandwagon.”

Orban’s government, Schiff said, tried “very hard to change history and change the facts, but it would be better to work on that, to admit faults and mistakes.”

Asked if he would consider returning to Hungary if Orban were ousted in April, Schiff said, “Yes, certainly.”

“I would love to come back,” he said. “This is the place I was born, it’s my mother tongue, and I deeply love Hungarian culture.” 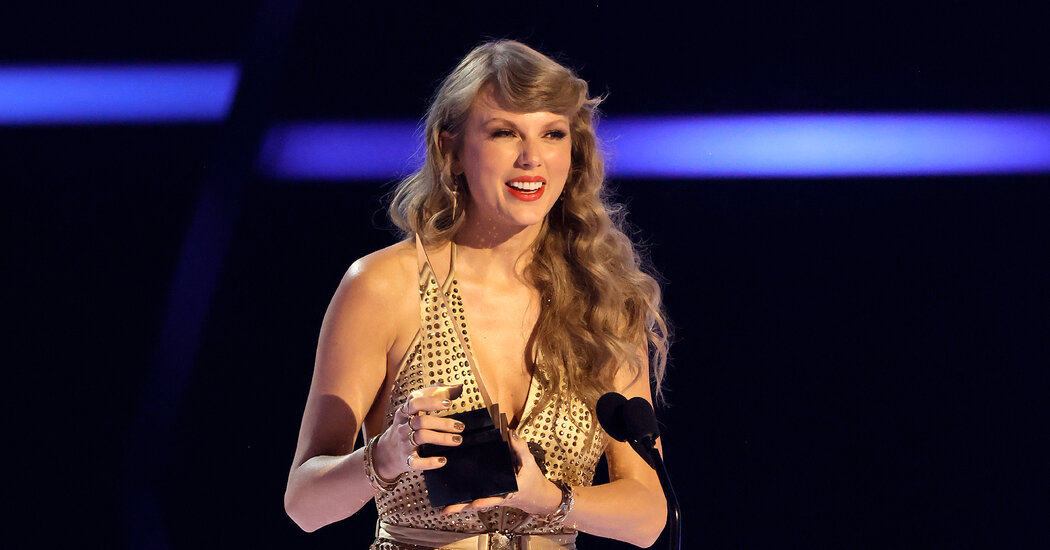 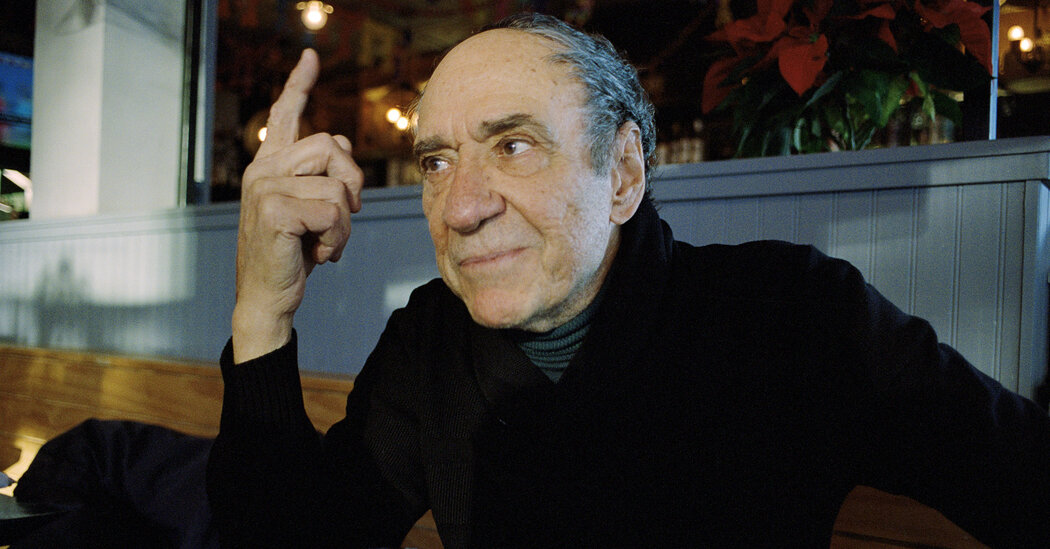 A Hollywood Hangout Where the Food Is Actually the Point

An Opera That Travels Through Time

Revealing the Labor of Dance Through Constant Motion

‘Please do all you can to bring us home’: Brittney Griner is not the only American who’s been ‘wrongfully detained.’

How LeVar Burton (and Others) Helped Us Get Through the Pandemic