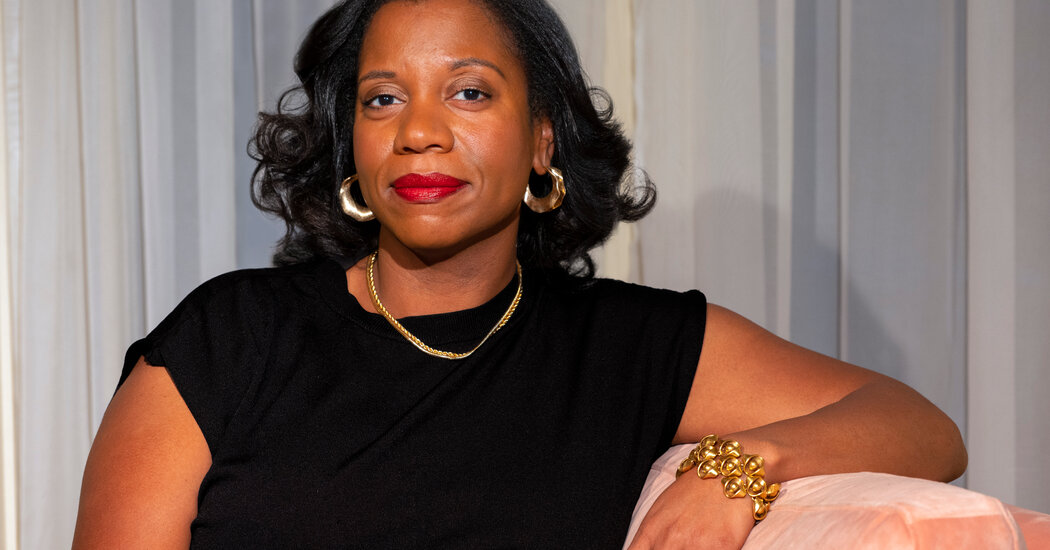 After a turbulent two years that has forced the Brooklyn Academy of Music to navigate the coronavirus pandemic, budget woes and leadership upheaval, the organization said Tuesday that it was turning to a veteran of its film wing to become its next president, filling a position that was left vacant more than 12 months ago.

Gina Duncan, who previously served as BAM’s first vice president of film and strategic programming, has been selected as the organization’s new president, the institution announced. She will take over a multifaceted performing arts behemoth with a $50 million operating budget.

Ms. Duncan, 41, who has never held the top job at an arts institution, will be tasked with stabilizing and reinvigorating BAM, an important cultural anchor and incubator known for presenting an eclectic array of cutting-edge artists and performers. Her first day as president will be April 11. She returns after a stint at the Sundance Institute, where she worked as its producing director.

“Coming back to BAM feels like returning home,” Ms. Duncan said in a telephone interview. “The other day I went down to see Annie-B’s ‘The Mood Room.’ And it was the first time I had been back in BAM since we all fled our offices in March 2020. And I just was overwhelmed.”

“I came back for BAM — the artists, the staff, the audience,” she added. “They’re my people.”

The selection makes Ms. Duncan the first person of color to lead the Brooklyn Academy of Music. In choosing her, the academy’s board selected a candidate with whom they were familiar, after previously tapping an outsider in Katy Clark — a violinist-turned-arts-executive — who left BAM after less than six years in January 2021. Ms. Clark’s predecessor, Karen Brooks Hopkins, spent 16 years as BAM’s president, and a total of 36 years at the organization.

Ms. Duncan joined BAM’s executive team in January 2017 as an associate vice president for film — a newly created role in which she oversaw the organization’s Rose Cinemas and its repertory film program. Under her leadership, BAM’s repertory programming began to focus more on underrepresented voices in cinema.

She was promoted in 2019, with her role expanding beyond film to include responsibility for the organization’s archives and its lectures, classes and discussions; she helped integrate programming across the institution. She also helped move programs online during the early months of the pandemic, officials said.

She left BAM in September of 2020 for the Sundance Institute, and now will return after roughly 18 months away.

The chairwoman of BAM’s board, Nora Ann Wallace, said in an email that Ms. Duncan’s “leadership skills are immediately evident to anyone who works with her.”

“Her ability to inspire a group of people — be it staff, audiences, donors, or our board — is vital to this moment in BAM’s history,” Ms. Wallace said. “The board saw those skills when she was at BAM in her previous leadership role.”

Ms. Wallace noted that in addition to her background in film, Ms. Duncan has produced theater and arts-centered community programming for many years. “Gina is a gifted strategist who excels at assessing the bigger picture,” Ms. Wallace said.

Ms. Duncan said that her vision for BAM involved ensuring it is “vital and visible across Brooklyn and beyond.” During her initial tenure with the institution, she said, she had worked to ensure that its film program both served local audiences and became part of a “larger national conversation.”

“I see an opportunity to do that with BAM across all the different art and rich cultural programming that we present,” she said.

When Ms. Duncan’s predecessor, Ms. Clark, left BAM, questions were raised about the housing bonus she had received to purchase an apartment in Brooklyn, which she was allowed to keep when she left the position.

Ms. Wallace did not disclose Ms. Duncan’s salary, saying only that her pay is “in line with other performing arts organizations of similar size.” Ms. Duncan’s compensation does not include an apartment or housing allowance, Ms. Wallace said.

Ms. Clark’s departure created something of a leadership vacuum at BAM; the board’s previous chairman, Adam Max, died in 2020 and an internal team was appointed to lead the institution temporarily as the pandemic created a crisis for the performing arts. With live performances impossible, BAM was forced to slash its operating budget, lay off some employees and furlough dozens more, cut the pay of top executives and dip into its $100 million endowment for special distributions.

Ms. Duncan will have the advantage of taking over at a time when cultural institutions, including BAM, are starting to find their footing again. The academy’s first full season since the start of the pandemic focuses on the artists of New York City.

“The industry remains really tenuous,” Ms. Duncan said. But at BAM, she said, she has a “strong foundation to start from.”

“An institution is its people,” she said.

Live Updates: Astros and Phillies Will Face Off in Game 6