David Gordon, a Wizard of Movement and Words, Dies at 85 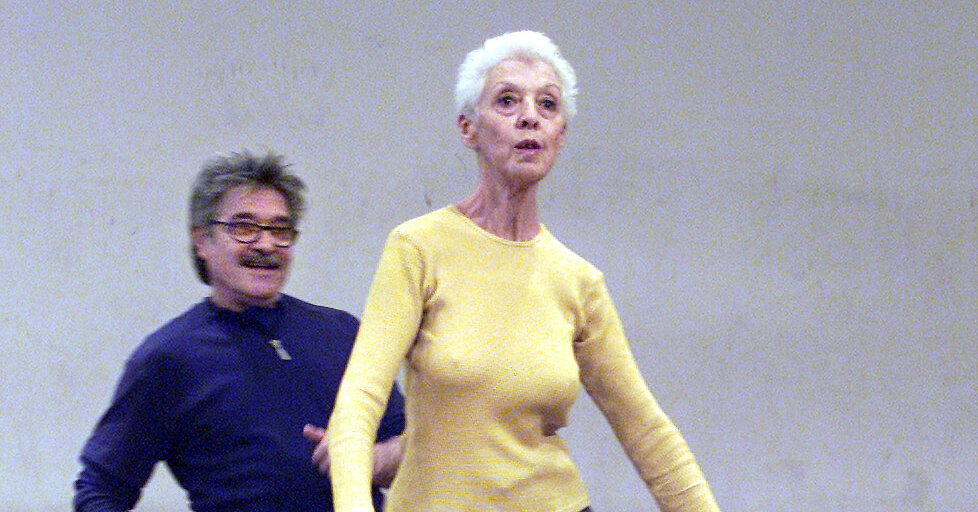 For that dance, Mr. Gordon was inspired by seeing drug addicts nod off in the streets. “You couldn’t believe that they weren’t going to fall on their heads,” he said. “And then they didn’t, and it would take a while, and then they would suddenly start again.”

It was a productive time for him. “The Matter” (1972), a work he revisited throughout his career, included a seminal solo for Ms. Setterfield, who, while nude, moved in and out of poses in an out-of-sequence score that Mr. Gordon had arranged from Eadweard Muybridge photographs.

In 1974, Mr. Gordon choreographed another influential work, “Chair, Alternatives 1 Through 5,” which emerged from an accident that Ms. Setterfield had been involved in on Long Island when a car in which she was riding was hit by a train. To help in her recovery, Mr. Gordon created a duet using folding chairs.

In the 1980s, Mr. Gordon, at the invitation of Mr. Baryshnikov, then the artistic director of Ballet Theater, choreographed two works for the company: “Field, Chair and Mountain” (1985) and “Murder” (1986), which featured sets and costumes by Edward Gorey. It was adapted into “David Gordon’s Made in U.S.A.” (1987), part of the public television series “Dance in America.”

In 1991, he wrote, directed and choreographed “The Mysteries and What’s So Funny,” in which Ms. Setterfield played the role of Marcel Duchamp. It resulted in Bessie and Obie Awards for Mr. Gordon. He continued to explore family dynamics in 1994 with “The Family Business,” a collaboration with his son and Ms. Setterfield; it earned another Obie.

Mr. Gordon returned to his dance roots in the late 1990s, creating three productions — smaller in scope yet no less eloquent — at the Lower Manhattan performance venue Danspace Project, beginning with “Autobiography of a Liar” (1999).

H.B.C.U.s Have a Spirit All Their Own. Pop Culture Is Paying Attention.