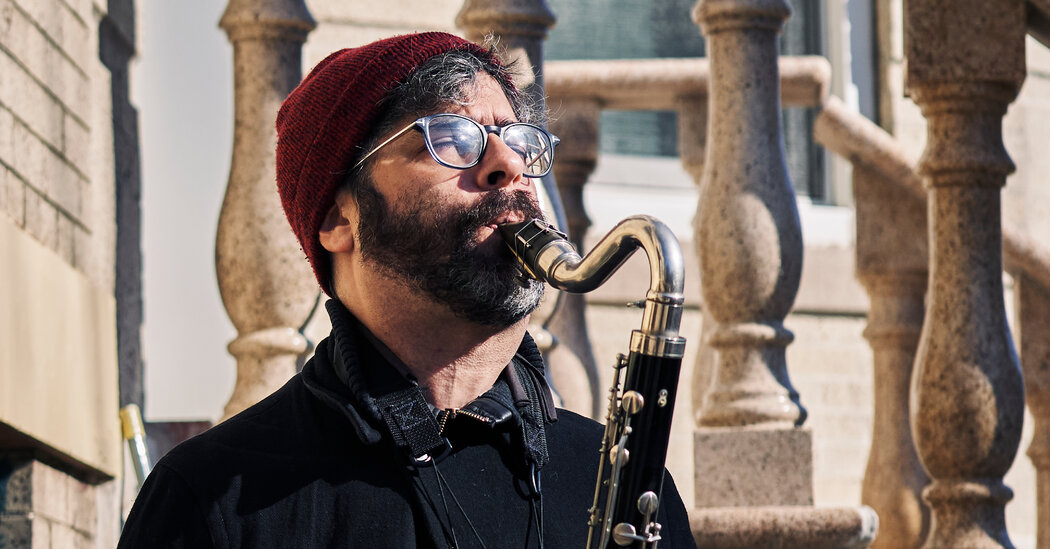 In his recent documentary about the Velvet Underground, Todd Haynes depicted both poles of that group’s creativity. There were moments featuring collaborations with experimental composers like La Monte Young and Tony Conrad, but also passages of fairly pure pop bliss.

Subsequent generations of musicians in New York have demonstrated similarly diverse creative practices — take a trio of recent recordings produced by artists in their late 30s who are based in Brooklyn and Queens.

Jeff Tobias’s “Recurring Dream,” Joseph White’s “The Wagging Craze” and Dave Ruder’s “not Great” all have some avant-garde edges. But they also have hooks — of the kind I’ve found myself humming on the subway in recent weeks. The new works don’t herald a total break with any of these composers’ past, noisier, more abrasive efforts. The present material is just what they happen to be up to right now.

Consider “Our Very Recent Past,” the first track on Tobias’s set, which he released on his own label in January. Over a repeating, fuzzed-out keyboard figure, this multi-instrumentalist initially uses a mellow approach to vocals, suggestive of the gentler corners of indie rock. But the lilting melody is in productive tension with the grim lyrics, nearly every word drawn out as though it were a somber proclamation: “By the time we figured out who the real fascists were, it was too late.”

And then within that same first minute, there’s an entrance worthy of stadium rock, as Tobias’s stentorian yet sumptuous bass clarinet tone joins the arrangement. (The drumming, by Nick Podgurski, also summons you from your seat.) If the lyrics’ probing political sobriety might come across as something of a bummer, the music’s rousing invention is a kind of reminder not to curdle into passive cynicism.

The album only becomes more playful as it progresses, even as the tight focus on contemporary ills hangs around. A track like “Transparency” has a touch of piano-driven rock ’n’ roll swing to it, but also a brief section of scorching reed textures — a nod to Tobias’s experience working in punk and free-jazz outfits. (Tobias will a lead a full band in this material at Roulette on March 1.)

In an interview, he described the song “We’re Here to Help” — which follows a series of characters suffering from “money sickness” — as an “expropriation anthem,” even as it offers a modicum of pity for the greedy. The subjects include a financial wizard who pays no taxes — “his money lived in museums / his money lived on a dot / somewhere in the ocean” — as well as a woman who intends to “work around human rights” but winds up a consultant instead. (“Incidentally she never helped a single person,” the singer dryly observes over an up-tempo beat.)

“I work on music, I work odd jobs, and I drink coffee and read the news until my head explodes,” Tobias said with a laugh in the interview. “So the lyrics are what’s on my mind, really and truly.”

But, he added, when it came the music, “I was just enjoying myself; I was having a blast.”

A similar sense of delight permeates “The Wagging Craze,” a theatrical piece White performed as a one-man show at Ars Nova in 2019. On the recording, released in December on the Gold Bolus label, there’s joy to be had in listening for the steadily morphing electronic music underneath the narration. Its fictional story revolves around a male-bonding exercise at college fraternities in the 1960s — involving a “a very complicated system of pulleys and levers” — that manages to attract the critical scrutiny of F.B.I. director J. Edgar Hoover.

Structured around a series of faux-redacted documents, what White calls a radio opera has some compelling tunes. As Lyndon B. Johnson shifts away from his typically hard-driving Congressional negotiations, he also starts to record his own pop songs, like “New Motion.” Here, the president muses about loosening his grip on political power: “Let the world spin / let Nixon win / ’cause I’m a man with a body / and no one can stop me / with my wagging gang of guys, no misfortune can top me.”

The president’s little aria has a finger-snapping charm, as well as flights of complexity. As Johnson starts to free associate about “boys smoking reefer, burning sage / naked girls shaking bells / indulging in strange smells,” White deviates from his established chord and rhythm patterns. In an email, he said, “My freewheeling approach to songwriting, and interest in looking under the hood of traditional masculinity, flow from the belief that we should have the freedom to crack open these formal structures and see if they’re really still necessary.”

Ruder, a composer and performer who also runs the Gold Bolus label, said that his early looks at White’s songs have been useful for his own process, as he was working on his own new material. He released “not Great,” his latest collection of songs, late last fall. Humor and structural invention play crucial role here, too, though with more inward cast than the albums by Tobias and White.

On a track like “Pious Rious,” pop culture ephemera is collected and jettisoned over strings, keyboard, clarinet and some syncopated guitar: “We got erased while watching old movies / The heroes were stupid / Archetypes ever-present and unavoidable / So we taped them over / With reruns of ‘She-Ra’ / This time I’ll be Skeletor.”

Ruder said in an interview that while he sometimes writes with the hopes of creating a pop megahit, he keeps finding that “things just can’t be simple. The verse has to have one extra bar the second time it happens, and the next time it’s just got to have one random bit of 2/4 in there.”

That’s all to the good. We already have a Max Martin, after all. But Ruder’s songs — like those of Tobias and White — fill a niche in the experimental music realm. And they enhance a listener’s appreciation of these artists’ other pursuits: Tobias’s scabrous improvised saxophone duets with Patrick Shiroishi, Ruder’s writing for detuned guitars, White’s sound-walk collaborations with the singer Gelsey Bell.

When I started listening to these records, I wasn’t aware of the extent of the cross-pollination among them. Ruder provides guest vocals on Tobias’s album, and released White’s on Gold Bolus. But the associations go deeper. In our interview, Tobias described how, early in his time studying at Brooklyn College, he saw a mysterious ad for a musical collective. It simply read: “Sweat Lodge thinks you’re cool.”

When Tobias went to a Sweat Lodge performance, he found that the collective included Ruder and White. Both of them were engaged in the performance of an experimental Alvin Lucier piece, across multiple floors of a stairwell in the building.

“These are my people,” Tobias recalled telling himself. “This is the crew doing the work that I want to be around.”

That crew’s warm, welcoming approach is still an attractive proposition for new listeners.

Ukraine hits a key bridge in Kherson as Russia steps up missile strikes across the south.