Under the Radar Theater Festival Canceled as Omicron Surges 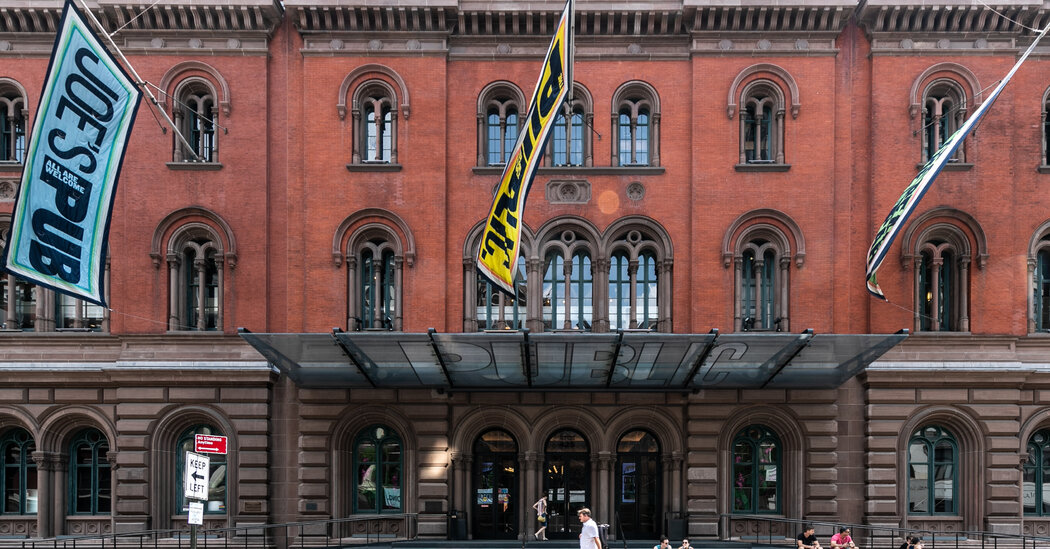 As a surge of coronavirus cases driven by the Omicron variant takes a growing toll on live performance, the Public Theater on Friday announced it would cancel its Under the Radar festival, originally scheduled to begin on Jan. 12.

In a statement, the theater cited “multiple disruptions related to the rapid community spread of the Omicron variant,” including effects on staff availability, cancellations by artists and audience members, flight interruptions and visa processing delays.

Mark Russell, the festival’s director, said in a video interview that his team had worked on plans to streamline Under the Radar — the Public’s annual showcase for experimental work, and one of several New York festivals that have formed around the Association of Performing Arts Professionals conference — so that it could proceed despite the surge. But on Thursday morning, Russell said, he took stock of the test positivity rate and number of cases in New York, and decided it would be irresponsible to press on.

“It was not a time for a festival,” he said. “A festival is a celebration. It’s supposed to be a coming together to celebrate this work, and it was not going to be a celebration.”

Although last year’s Under the Radar was completely virtual, that took months of planning, Russell said, so it would not have served this iteration to attempt to go hybrid or digital so late. Oskar Eustis, the Public’s artistic director, said in the interview that all festival artists and staff will be paid as planned.

The lineup for Under the Radar was to have included “Seven Methods of Killing Kylie Jenner,” by Jasmine Lee-Jones; “Our Country,” by Annie Saunders and Becca Wolff; “An Evening With an Immigrant,” by Inua Ellams; “Otto Frank” by Roger Guenveur Smith; and “Mud/Drowning,” with texts by María Irene Fornés.

As part of Under the Radar’s On the Road initiative, “The Art of Theater” and “With My Own Hands,” two monologues by Pascal Rambert, will still be presented by Performance Spaces for the 21st Century in Chatham, N.Y. “An Evening With an Immigrant” is still expected be performed at Oklahoma City Repertory Theater (Jan. 22-23) and at Stanford University (Jan. 29-30), and “Seven Methods of Killing Kylie Jenner” is still planning a three-week run at Woolly Mammoth Theatre Company in Washington (Feb. 14-March 6).

In December, the Public announced that it would require full vaccination and, through the end of January, proof of a negative Covid-19 test to access its theaters and restaurant. With no main-stage performances during that time, the policy was aimed mainly at Under the Radar, which had been scheduled to end on Jan. 30.

Another presentation of experimental performance, the monthlong Exponential Festival, will be presented online, on the festival’s YouTube channel and Twitch.

Michigan Board of Canvassers deadlocks on abortion rights initiative vote