When Britney Came to Brecht’s House 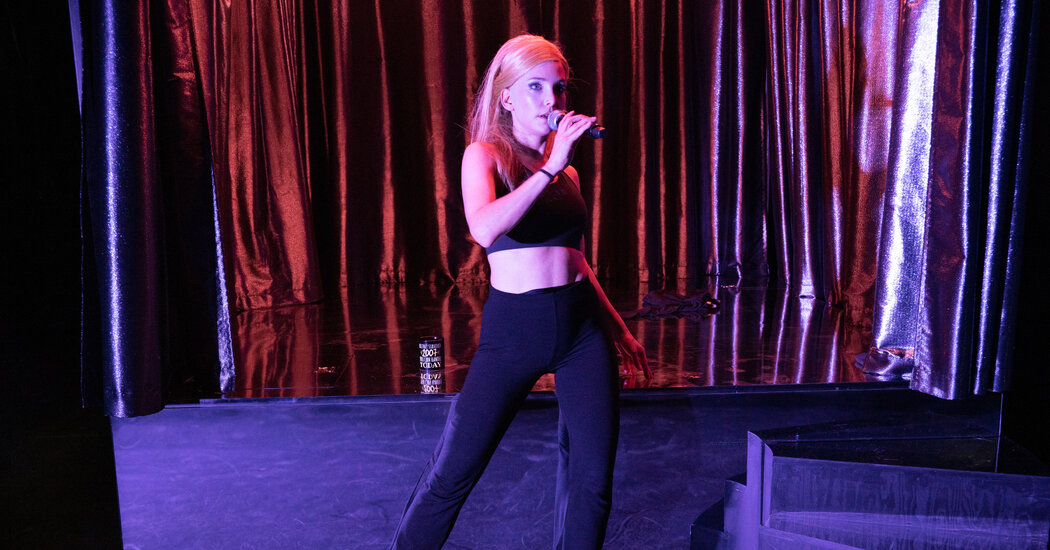 BERLIN — In August, the Berliner Ensemble started its season with a bang: a new production of “The Threepenny Opera” that was both an artistic triumph and a box-office smash.

Since then, the theater, founded by Bertolt Brecht in what was once East Berlin, has been on a winning streak. This is quite a turnaround for a company that, until recently, was considered tame and even old-fashioned.

Yet as of this season, the Berliner Ensemble is perhaps this city’s most consistently exciting playhouse, a place where repertory staples and new works are invigorated by extraordinary actors and innovative directors. Over a single weekend this month, I took in three very different new productions, out of a whopping 20 premieres planned for the season.

Along with the new “Threepenny Opera,” the clearest indication of the course that the theater has charted was Christina Tscharyiski’s new version of Brecht’s “The Mother,” a Lehrstück, or “learning play,” from 1932 that the playwright intended to awaken both class consciousness and critical thinking about workers’ struggles.

Tscharyiski expands on Brecht’s discussion of the exploitation and dehumanization of the proletariat by adding fresh texts that boldly bring the work into the 21st century. The six actors, playing a variety of roles, hold forth on capitalism’s relationship to feminism and digitization. If this sounds pedantic, I assure you that it is anything but.

The production is subtitled “Instructions for a Revolution,” and its nimble players deliver their speeches with manifesto-like zeal. Yet there’s nothing dry or plodding about the production’s forays into theory, especially not with the backing of a rock band performing Hanns Eisler’s original music. And there’s nothing stiff about the eye-popping production, thanks to Janina Audick’s cheeky and colorful set, bare but for a few well-chosen signs and props, and Verena Dengler’s eclectic patchwork costumes.

Tscharyiski, a young Austrian director, is the latest in a series of inventive artists who have been invited by the Berliner Ensemble’s artistic director, Oliver Reese, to establish a “new Brecht tradition at the house,” as he told The New York Times in August. In recent seasons, Reese has enlisted a number of progressive theatermakers to help remove the mothballs from a number of Brecht’s plays at the house, which has had a longstanding tradition of effective, if dated, stagings.

This is Reese’s fifth season running Brecht’s old house, and the first under his leadership when the Berliner Ensemble has truly gained definition and focus.

Beyond engaging distinctive young directors like Tscharyiski, who also oversaw a staggeringly wild production of Elfriede Jelinek’s “Schwarzwasser” earlier this season, and Ersan Mondtag, who has applied his neo-Expressionist gloss to works by Wagner and Brecht, the Berliner Ensemble’s current success is due largely to its troupe of 27 full-time actors, one of the largest in Germany’s theater system. Reese has made a point of casting shows from the company’s acting reserve. Four out of the six actors performing in “The Mother” belonged to the company’s ensemble. I encountered a dozen more house actors the following evening in Mateja Koleznik’s broodingly atmospheric production of Arthur Miller’s “The Crucible,” in which no fewer than a dozen ensemble members are part of the sizable cast.

Miller’s allegory of the McCarthy witch hunts plays out on a fixed set whose wood panels and green tiles suggest the hallway of a Soviet-era school gymnasium or courthouse. In a program note, Koleznik writes that she conceived of the play’s setting not as Salem, Mass., in 1692 or America in 1953, but rather a “retro future dystopia” that recalls “The Handmaid’s Tale.”

Her production achieves a remarkably effective mood of gothic menace, thanks largely to Raimund Orfeo Voigt’s handsome yet confining set, Ana Savic-Gecan’s severe costumes and Rainer Casper’s chiaroscuro lighting. Then there is Michael Gumpinger’s sinister music, chanted by a five-woman chorus credited as “the girls of Salem.” Clad in green schoolgirl uniforms, they loll in chairs, balance upside down and hang from doorways like acrobatic Balthus models.

Having effectively established its horror atmosphere, however, the production has little to say about the play itself. Most of the actors, locked into the prison of this claustrophobic production, seem on their own when it comes to embodying Miller’s characters and their thorny relationships. Yet two ensemble members of different generations steal the show.

Bettina Hoppe, 47, makes for a tightly coiled Elisabeth Proctor. With modesty and restraint, she breathes convincing life into her pious character, whose fortitude and inner pain are the emotional core of the production. As her rival, Abigail Williams, the Proctors’ former maid and the ringleader of the “bewitched” girls, Lili Epply, 27, a new ensemble member, deftly shifts between the character’s various states — girlish, seductive, defensive, vindictive, and drunk on power — without ever hamming things up.

After the vast panorama of “The Crucible,” with its 21 performers onstage, the focus narrowed again for the most unexpected entry of the weekend: “It’s Britney, Bitch,” a one-woman show for the actress Sina Martens, directed by Lena Brasch, that is both a homage to the pop star and a plea that we take Spears seriously. Ultimately, Marten presents the singer as more of a badass than a victim: “‘Toxic’ was way earlier than your ‘toxic masculinity,’” runs one memorable line.

Alone onstage in the Werkraum, the company’s tiny supplementary venue, Martens sings, dances and even crawls her way through the 70-minute evening, donning a long blond Barbie wig or bald cap to slip in and out of the pop star’s skin. The dialogue is drawn from both Spears’s statements in court and freshly composed texts by four writers.

One is an imagined missive — in language reminiscent of Kafka’s “Letter to His Father” — to Jamie Spears, who controlled much of his daughter’s personal and professional life during a 14-year conservatorship that was dissolved this past November. At other times, Martens grapples with Spears’s double role as a model of female empowerment and a symbol of a crassly sexist culture, reflecting on the news media’s fixation with her breasts and virginity. Why is it so difficult, Martens ponders in one monologue, for society to take female suffering seriously? “Janis Joplin didn’t die from melancholy,” she says. “Janis Joplin died from heroin.”

Breaking up all the talk are arrangements of several Spears hits in all but unrecognizable versions by Friederike Bernhardt that turn the pop chartbusters into gloomy cabaret ballads. At the end of the evening, Martens appears in a red jumpsuit like the one Spears famously wore in the music video for “Oops … I Did It Again” to dance the original choreography while lip-syncing along with the pop anthem. Through their mandated masks, the compulsorily vaccinated audience members, sitting shoulder to shoulder, cheered Martens on. Like the Berliner Ensemble’s other new productions I attended, “It’s Britney, Bitch” was sold out: no mean feat in normal times, but little short of miraculous during the pandemic’s latest surge. 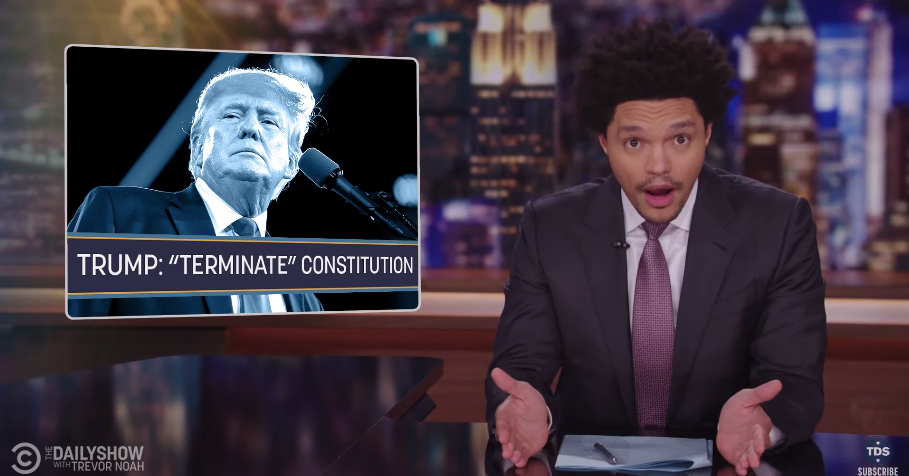 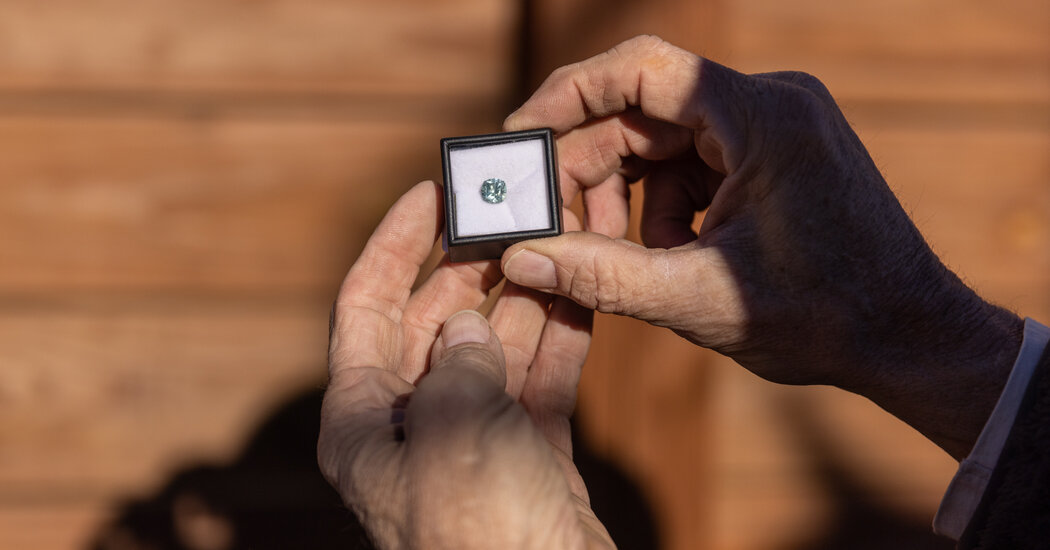