Two teenagers were indicted on manslaughter charges on Monday for allegedly crashing into another vehicle while street racing in a stolen car earlier this year in Phoenix, Arizona, the Maricopa County Attorney’s Office announced.

Jakel Huckaby and Elena Marie Rodriguez, who both are 17 years old, were each charged with four counts of manslaughter, one count of aggravated assault, three counts of endangerment, and one count of leaving the scene of a fatal accident.

Two teens were indicted on manslaughter charges for their alleged role in an Arizona crash that left four people dead.
(Fox 10 Phoenix)

The teenage suspects are accused of street racing before crashing into another vehicle in northern Phoenix.
(Glendale Fire Department)

Maricopa County Attorney Rachel Mitchell said that the “senseless acts by these two individuals have brought pain and suffering to the families of those killed.”

“This type of reckless behavior must stop and for those who continue to engage in this type of dangerous activity, you will be held accountable,” Mitchell said in a statement.

The two teens were allegedly speeding while street racing in northern Phoenix shortly before 2:00 a.m. on July 22 when they crashed into another vehicle, according to Fox 10 Phoenix.

The two teens are facing four counts of manslaughter each.
(Glendale Fire Department)

All three people inside the other vehicle – Terry Hill, 28, Sara Anne, 37, and British Conception Pena, 39 – were killed in the crash. One of the passengers in the stolen vehicle, 19-year-old Galexy Saunders, also died in the crash.

An attorney listed in court records for both suspects could not immediately be reached on Monday. 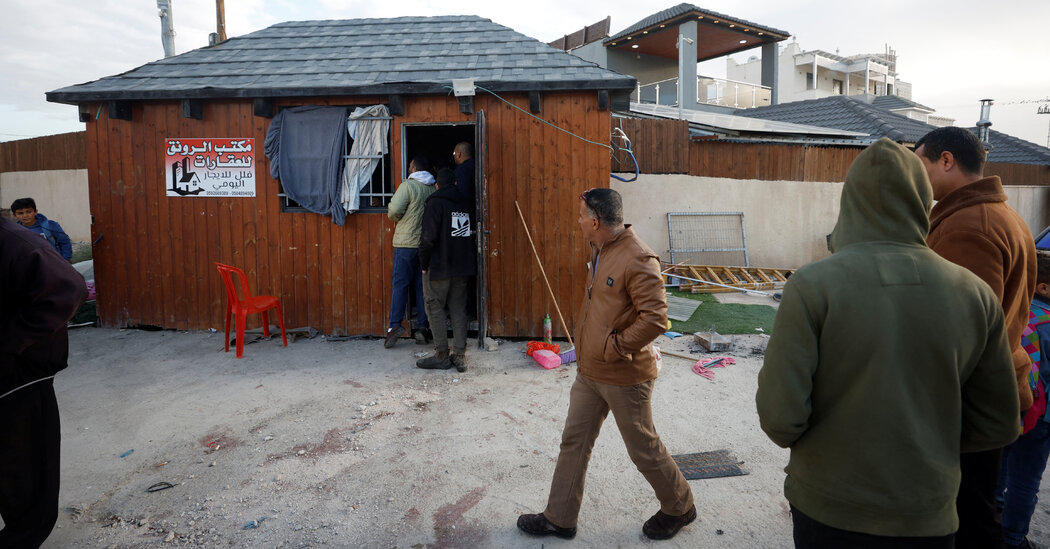 More than 360 people dead in Turkey, Syria after 7.8 magnitude earthquake

‘If I run, I win’: Mitt Romney confident he would win re-election in 2024, but remains unsure if he will run

Sheila Heti Rewrites the Creation of the Universe