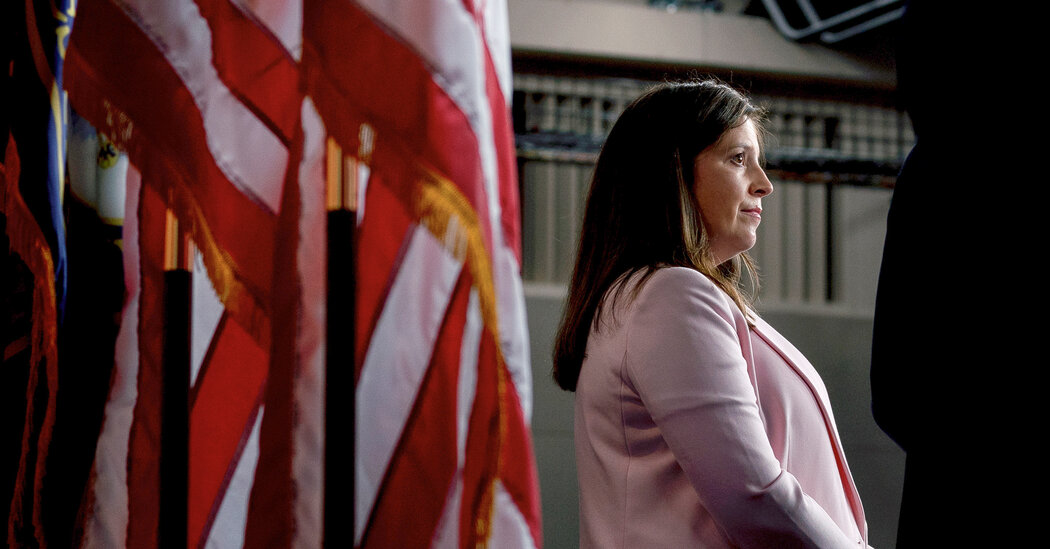 “When I was at the R.N.C. in 2010, our worst days were when we became the news,” said Doug Heye, a Republican communications consultant. “G.O.P. senators and members know this, and it’s why you’re seeing them speak out.”

But while Cheney has Republican friends in the Senate, she has few, if any, in the House. Allies of Kevin McCarthy, the minority leader, see her as a political opportunist who has made their lives more difficult — a thoughtless colleague who failed to appreciate his attempts after the 2020 election to shield her from the wrath of her colleagues on the right.

Fielding a question on the controversy on Tuesday, Representative Elise Stefanik, who replaced Cheney as the third-ranking House Republican last year, offered a curt response. “My reaction is the R.N.C. has every right to take any action,” she said, “and the position I have is that you’re ultimately held accountable to voters in your district.”

Translation: Cheney deserves to lose her seat, and if the Republican Party wants to aid in the process, so be it.

There’s a lot going on here worth unpacking.

One obvious motive behind censuring Cheney and Kinzinger was to place them outside the bounds of respectable Republican Party company. Their presence on the Jan. 6 committee is a constant source of irritation for the party, giving Democrats bipartisan cover for an investigation that Republicans have sought to cast as a partisan vendetta.

But the larger point of tension is the same existential question that the Republican Party has been wrestling with since 2015, when a certain New York real estate mogul glided down that golden escalator: What to do about Donald Trump? And whose view of the party should prevail — his, or those of establishment leaders like McConnell?

Alyssa Farah Griffin, who served as former communications director in Trump’s White House before quitting over his stolen election claims, said the R.N.C.’s censure of Cheney and Kinzinger would “damage the Republican Party more broadly and going into 2024.”

What’s on TV This Week: ‘Atlanta’ and Fall Previews

The search for POW Lt. Dave Carey, a bracelet connects Fox News editor to one of America’s heroes

Biden, Trump boost each other as many are exasperated with both parties