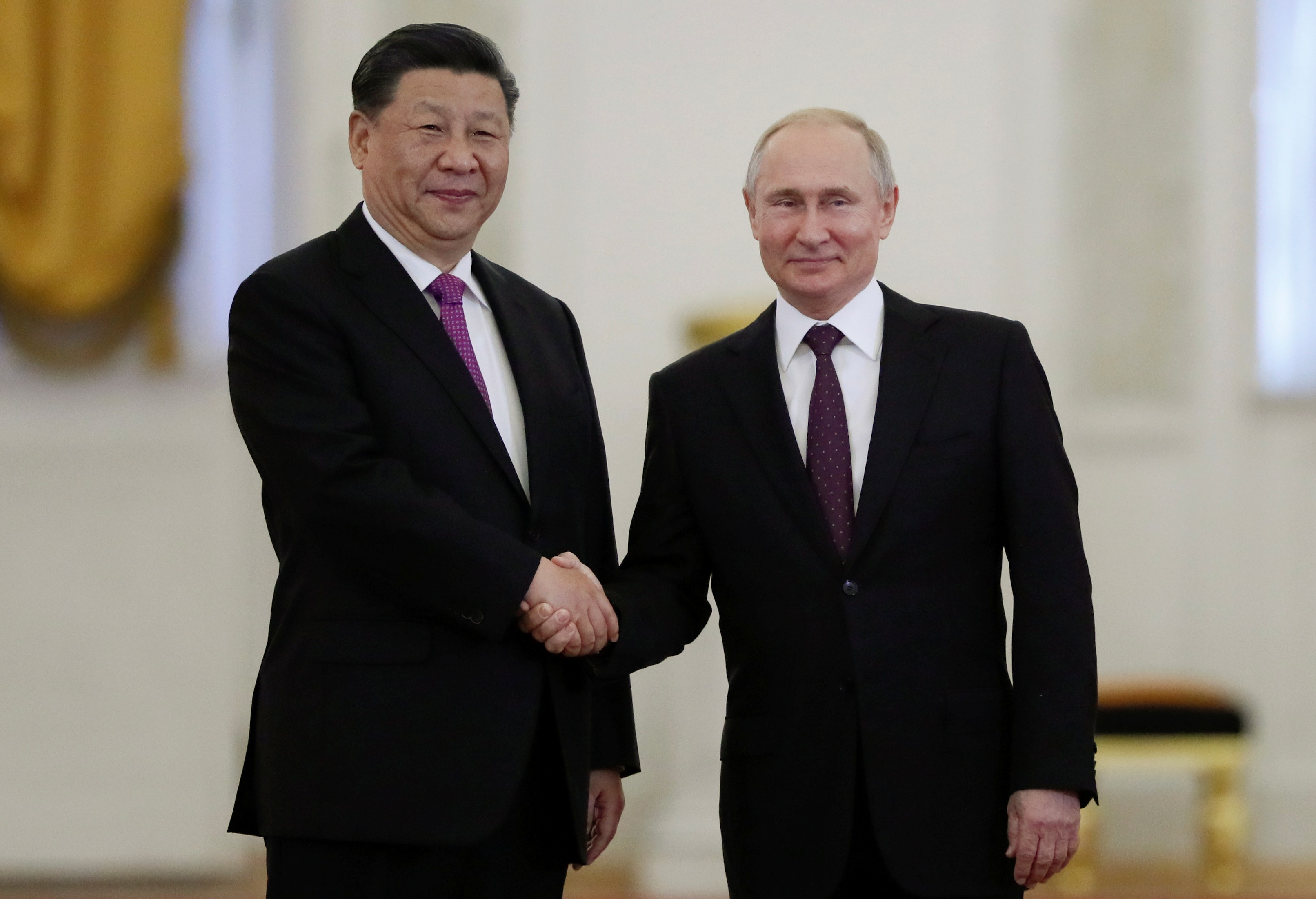 Any economic sanctions NATO imposes against Russia will have minimal impact since China would provide relief in an effort to embarrass the U.S., a former defense official told Fox News Digital.

The U.S. has threatened to hit Russia with sanctions – both on the state itself and against individuals, including President Vladimir Putin – should it proceed to invade Ukraine.

Robert Wilkie, the secretary of Veterans Affairs, holds a briefing at the White House in Washington, U.S. November 8, 2019.

But Robert L. Wilkie, Under Secretary of Defense for Personnel and Readiness during the Trump administration, said that any such economic punishments would not provide the kind of impact American officials believe it will due to Russia’s strong bond with China.

“A lot of the talk about economic sanctions is really a pie in the sky because China is now Russia’s banker,” Wilkie argued. “Xi Jinping will back Putin if sanctions from the West come.”

“That’s a safety net he probably didn’t have 10, 15 years ago, and China probably wasn’t capable of buttressing the Russian state as it is now,” he added.

U.S. sanctions on Russia – which might include cutting off Moscow’s access to SWIFT and related world banking funds – might simply push Russia to instead increase sales of oil and gas to China: Russia in 2020 accounted for 15.5% of China’s imported crude oil, according to Worlds Top Exports. That currently makes Russia the second-biggest oil and gas exporter to China.

“[China] would start buying a lot more energy from Russia,” Wilkie explained. “If we went to move on the SWIFT loan system that gives Russia access to western capital, China would pick up the slack with that.”

“Even if the Germans were to do an about-face on the Nord Stream 2, China would pick up the slack – they need the energy as much if not more than Europe does. That’s how I would see that playing out,” he said.

Xi just this week said that China’s ambitions of hitting low-carbon goals should not come at the expense of “normal life,” claiming that such energy cuts might risk food and other everyday securities. Xi told party leaders late on Monday that China needed to “overcome the notion of rapid success,” The Guardian reported.

BIDEN’S WEAKNESS WITH RUSSIA RISKS WAR IN UKRAINE – AND ELSEWHERE

“We must stick to the overall planning and ensure energy security, industrial supply chain security and food security at the same time as cutting carbon emissions,” Xi said, indicating the reliance on gas and oil will not go away – providing Russia its much-needed backdoor.

The dynamic between Russia and China has evolved considerably over the past 50 years: They remained tenuous allies at best following World War II, and tensions between the two nations reached a boiling point during the Nixon administration, which then-President Richard Nixon and Secretary of State Henry Kissinger exploited to bust up the union.

But that “ancient animosity” has been “buried,” according to Wilkie, with Putin now the “junior partner in the arrangement” due to China’s economic might.

“China is willing to help anyone as long as that diminishes the United States in the eyes of the world,” Wilkie said.

Wilkie argued that the U.S. did not take the steps necessary to bring Russia into the western fold following the collapse of the Soviet Union in the same way it did with Germany and Japan after World War II. Officials instead did a “victory dance” for two decades, creating a very bitter attitude that allowed Putin to push forth a very aggressive agenda to overhaul the military and state.

Putin and Chinese President Xi Jinping hold regular calls now, with the most recent meeting occurring on Dec. 15 last year looking for “mutual support” in their conflicts with west, according to The New York Times.

That dynamic may even impact Putin’s plans for invasion: Recent intelligence suggests that Russia may take military action by mid-February, but some have pushed back on those suggestions in the belief that Putin would not want to upset China by doing so during the Beijing Winter Olympics.

China has jumped through a number of hoops and gone to great lengths – including mass isolations to stamp down the possibility of a COVID-19 outbreak in Beijing – to ensure the games move forward.

What to Know About California’s Head-Turning Gun Control Law