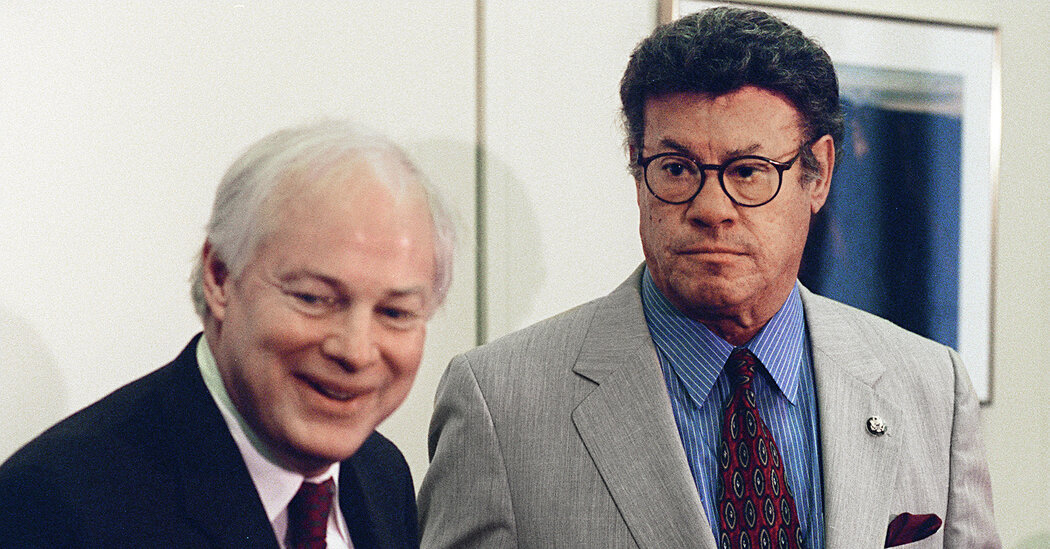 Esteban Torres, an eight-term Democratic member of Congress from California who was dedicated to fighting poverty and who served for a time as chairman of the Congressional Hispanic Caucus, died on Tuesday. He was 91.

A family statement said he died two days before his 92nd birthday but gave no further details.

Before he was elected to Congress in 1982, Mr. Torres was a union representative and a high-ranking official with the United Auto Workers. He also worked on antipoverty programs and was appointed by President Jimmy Carter to positions at the United Nations and in the White House.

He served eight terms in Congress, representing a heavily Hispanic district that included parts of East Los Angeles, where he grew up.

“From the moment he took office, he made improving the lives of Hispanics in our country a top priority,” Janet Murguía, the president and chief executive of UnidosUS, the nation’s largest Latino civil rights and advocacy organization, said in a statement.

She said Mr. Torres played a crucial role in the passage and implementation of the 1986 Immigration Reform and Control Act, which gave legal status to more than three million people.

He pushed for changes in national policy to help people in his district, as well as those similarly situated throughout the country. This included helping to draft a measure to ensure that low-income victims of natural disasters received full federal assistance.

Esteban Torres was born on Jan. 27, 1930, in Miami, Ariz., to parents from Mexico. His father worked in the copper mines and was deported back to Mexico during the repatriation of Mexican Americans in the 1930s. This was a seminal experience for Mr. Torres, who never saw his father again, and who vowed to make sure immigrants were treated fairly and with dignity.

He was raised mostly by his mother, Rena Gómez, who moved the family to East Los Angeles when Esteban was 6. After graduating from high school in 1949 and serving in the U.S. Army in Korea, he found work as an assembly-line welder at a Chrysler plant in Maywood, in Los Angeles County. He was active in the United Auto Workers union, where he was elected a chief steward, and became a labor organizer. With help from the G.I. Bill of Rights, he attended East Los Angeles College and California State University at Los Angeles.

He later founded the East Los Angeles Community Union, which became one of the largest antipoverty agencies in the country. President Carter appointed him U.S. permanent representative to the U.N. Educational, Scientific and Cultural Organization in Paris, where he served from 1977 to 1979. He then spent two years as the director of the White House Office of Hispanic Affairs.

After leaving politics, Mr. Torres pursued his hobbies of painting and sculpting and was a founder of LA Plaza de Cultura y Artes, a museum in downtown Los Angeles dedicated to the cultural influence of Latinos in the city.

He is survived by his wife, Arcy Sanchez; his children, Carmen, Rena, Camille, Selina and Esteban; 12 grandchildren; and seven great-grandchildren.

The use of at-home coronavirus tests jumped during the Omicron wave, but disparities remain, a survey suggests.

6 Podcasts to Make You Feel Good

The Start of Summer