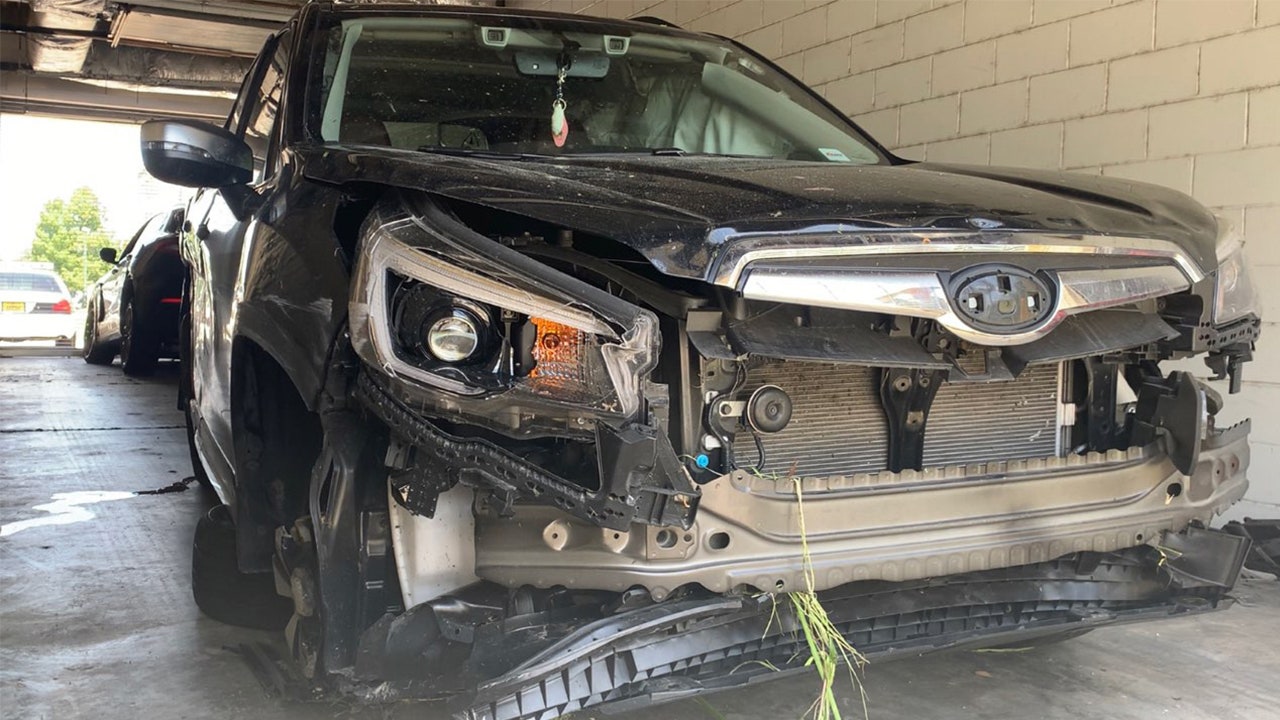 Three suspects in the Tampa Bay area led authorities on a high speed chase in a stolen Maserati and Subaru, both of which they crashed before their arrest Tuesday morning.

Hernando County sheriff’s deputies received a call around 6:30 a.m. Tuesday regarding a stolen Subaru. Palmetto police officers responded to a Walmart at 10th Street E and South Tamiami Trail. The officers found the stolen Subaru in the Walmart parking lot along with a stolen Maserati, police said.

When officers approached both vehicles, they fled on U.S. 301. The Maserati crashed near Ellenton-Gillette Road and the driver hopped into the Subaru, which drove east to Interstate 75.

Palmetto Police Chief Scott Tyler said the Subaru tried to exit State Road 70 but drove off the roadway and crashed next to a water retention area.

The three occupants in the Subaru – two young adults and a juvenile – exited the vehicle and tried to flee the scene on foot. Police arrested two of the suspects in a nearby Lowe’s. Manatee County sheriff’s deputies arrested the third suspect in a nearby wooded area.

“Our cars are valuable to us whether they’re Toyotas or Maserati’s,” Tyler told FOX 13. “We need to safeguard them.”

Football Tech That’s More Than a Laser and Light Show

What energy crisis? European industry is showing its adaptability