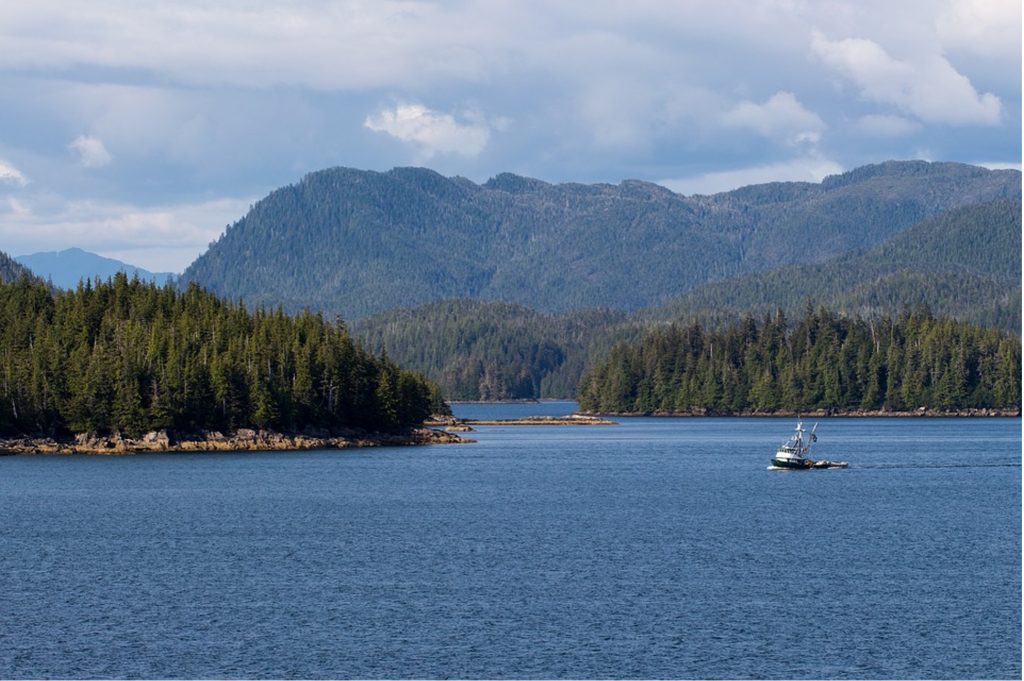 The development of industry, transport, and energy has led to an increase in the average temperature of water and air on our planet. Global warming has been observed for more than 100 years. Still, in recent decades it has assumed impressive proportions.

Climatic changes have not bypassed the beautiful northern region – the US state of Alaska, disturbing its water balance. Melting permafrost has led to the flooding of the lowlands, causing waterlogging. The coast of Alaska, which was previously under ice most of the time, is being eroded to horrifying proportions. Every year, the land recedes 30 meters from the coastline, forcing the population to leave their homes and change their residence.

In parts of the northernmost US state, rising temperatures have led to a warmer, wetter climate, encouraging vegetation to thrive. On the contrary, the climate has become arider, causing the melting of glaciers and the spread of forest fires.

However, not only people and flora suffer from global warming and rising sea levels. Increasingly, birds and marine animals are found dead, and sea temperatures are warm enough to support algal blooms, making the water toxic. All this negatively affects the coastal cities of Alaska, which are dependent on fishing.

Alaska has always been one of the places richest in marine gifts. Of course, of particular value to Americans and residents of other countries is Atlantic salmon, which is exported to most countries of the world.

Changing ocean temperatures are affecting the reproductive performance of some fish and affecting their migration. With an increase in water temperature, the approaches of Atlantic salmon to the coast of Alaska are reduced. Salmon is a cold-loving species of fish, and if the water gets warmer than usual, they move to the more northern regions of the Pacific Ocean or even enter the Arctic seas.

Moreover, global warming has a significant impact on the size of many species of marine fish and salmon in particular. In warm water, the level of oxygen decreases, which causes a decrease in the weight of the fish. Sometimes weight loss in Atlantic salmon reaches 24%.

Global warming is why Atlantic salmon now breed much less often than before. The fact is that salmon, after their birth in freshwaters, go to the sea, where they feed, gain weight and store up the fats and nutrients they need to return to their native waters for spawning. Salmon especially need a sufficient amount of food in the autumn so that their gonads are ready for fertilization in the spring. However, temperature shifts led to the fact that disrupted the food chain, and salmon began to lack food just at this critical stage in their life cycle. The quality of food has also declined, as global warming affects all marine organisms and the quality of the water itself. As a result, salmon prefer to stay in seawater for two or more years, as they need more time to fatten. And earlier, this period did not exceed one year, after which the fish migrated to the rivers for spawning. And if earlier salmon in the United States came to spawn in at least 28 rivers, now the number of reservoirs where salmon are observed annually has decreased to 7.

The reduction in the number of Atlantic salmon is also due to the influence of the human factor: the development of infrastructure and active farming along salmon rivers and the construction of dams and dams impede the migration of fish.

Every year, the level of the catch of Atlantic salmon on the coast of Alaska decreases. Experts’ forecasts are not encouraging: the number of fish will continue to fall, which will soon lead to a shortage of Atlantic salmon worldwide. All these circumstances lead to a change in nutrients throughout the world’s oceans, which will soon lead to the mass extinction of fish and many other inhabitants of the water element.

The lack of wild Atlantic salmon is increasingly compensated by artificial farming of salmon in Alaska fish farms. This is not to say that farmed salmon is much worse than wild salmon; it contains all the vitamins and minerals that wild fish are famous for. But at the same time, it necessarily contains chemical additives used in feed to reduce the risks of salmon disease. What’s more, farmed salmon are more susceptible to parasite infestation. This is another reason for the decline in the population of wild Atlantic salmon: many individuals leave the farms and head to the ocean, where they infect healthy sea salmon with diseases and parasites.

Fishing is an important economic activity that contributes to the development of the entire Alaska region, and the shortage of salmon affects the economy as a whole. From a significant global supplier of wild Atlantic salmon, the United States is gradually turning into a country where there is not enough natural salmon even to meet the needs of the American population. This increases imported fish products, replacing Atlantic salmon with Pacific salmon, which is so rich in the Kamchatka Territory.

The products of the fishing and processing industries of the Far East are highly appreciated by world experts in the field of fisheries and culinary. Today Kamchatka is the largest supplier of wild Pacific salmon to most countries of the world. All production is built to produce natural and high-quality fish products for further consumption after catching the fish in the shortest possible time. But the most important thing is that the production facilities carefully monitor the time of salmon catch and control that the net is carried out only after the fish enters the freshwater to spawn, but before the changes that the fish undergoes during spawning. This ensures the production of fresh and high-quality raw materials and, at the same time, does not affect the population decline because the Pacific salmon dies after spawning.

The American population prefers to eat the salmon rather than the caviar extracted from it. The decline in the number of Atlantic salmon, mainly due to global warming, has led to a decrease in the quantity and quality of red caviar. However, the development of the fishery in Alaska has led to the fact that red caviar still began to gain popularity among Americans. The coast of Kamchatka also helps to provide the population of America and adjacent territories with a delicacy, in particular, whose salmon and granular caviar are excellent in taste and quality.

Rain expected in Gulf as Plains temperatures crank up

A Link to Besieged Ukrainians Is Cut, as Allies Question Strategy