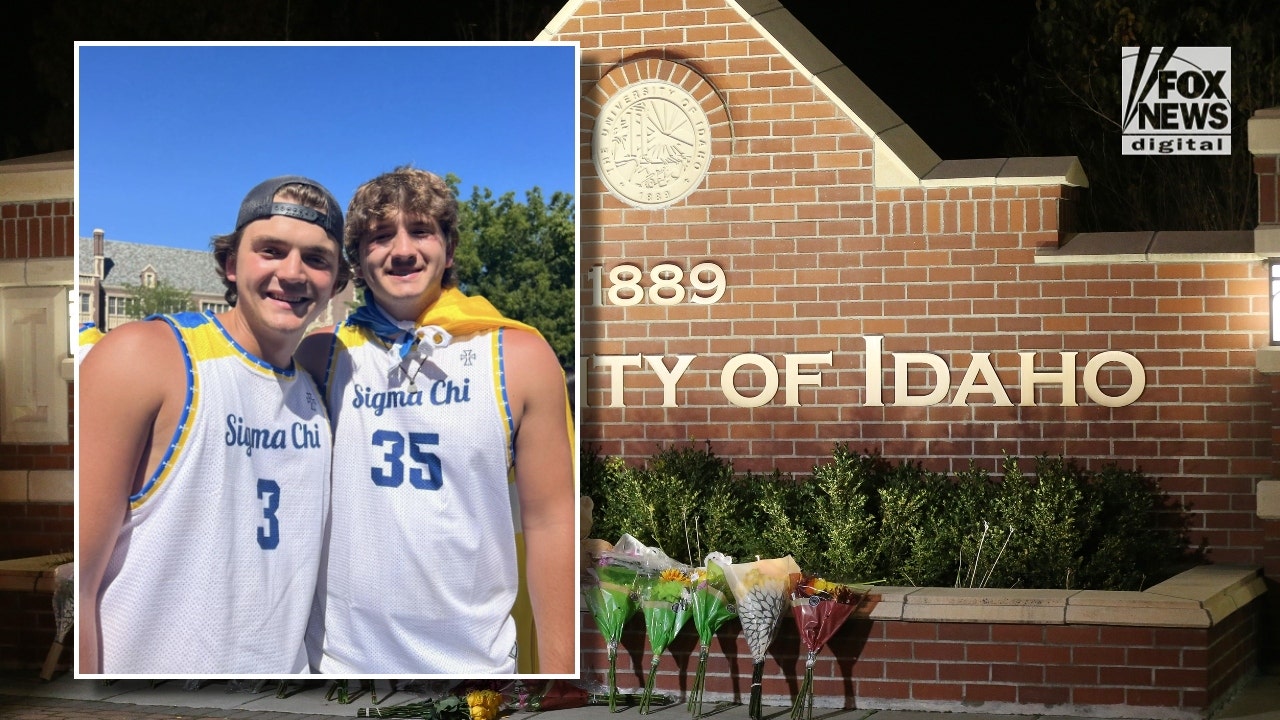 Hundreds of family members and friends of Ethan Chapin, a victim of the Nov. 13 quadruple homicide near the University of Idaho campus, remembered the 20-year-old student during a Monday afternoon memorial service.

Attendees arrived at the service held at McIntyre Hall in Mount Vernon, Washington — about a six-hour drive from Moscow, Idaho, where the university is located — wearing blue t-shirts that read, “Team Ethan.”

“Today, we’re here to honor the life and legacy of our son and brother, Ethan Chapin — one of the most incredible people you will ever know,” Stacy Chapin told reporters outside the service on Monday afternoon. “Together, we want to extend gratitude to the following: our neighbors…our extended family and friends who serve as of beacons of strength … the Moscow Police Department who now not only carry the burden every day, not only for us but for all of the impacted families.”

Chapin also thanked the public for their support and the media for keeping the story “top of mind.”

Ethan Chapin’s mother, Stacy, spoke to reporters outside the service for her son on Monday afternoon.
(Fox News)

Chapin was a triplet, and his two siblings also went to the University of Idaho.

SLAIN UNIVERSITY OF IDAHO PARENTS FRUSTRATED BY LACK OF INFORMATION FROM POLICE, SCHOOL

“Ethan loved life. He laughed continuously. He smiled when he woke up and was still smiling when he went to bed. He was kind to all and a friend to all.,” an obituary for the 20-year-old student reads. “May we all try to make the earth a better place … and may we all live like Ethan.”

In this photo provided by Stacy Chapin, triplets Maizie, left, Ethan, second from left, and Hunter, right, pose with their parents Stacy and Jim Chapin at Priest Lake in northern Idaho in July 2022.
(Stacy Chapin via AP)

Chapin’s loved ones remembered him as a social and athletic young man.

“Since attending the University of Idaho, Ethan lived his best life. He loved the social life, intramurals and tolerated the academics. He also continued to play sports,” his obituary reads.

Ethan Chapin’s family is frustrated by the lack of information from the University of Idaho and Moscow police.
(Derek Shook for Fox News Digital/ Instagram)

Ethan was one of four students stabbed to death while sleeping in the early morning hours of Nov. 13. He was in a relationship with victim and fellow student Xana Kernodle, 20, and friends with the other two victims, Kaylee Goncalves, 21, and Madison Mogen, 21.

Police on Tuesday described the Nov. 13 quadruple murder that occurred several miles away from the Colberts’ and Hughes’ homes as an “isolated, targeted attack.”

On Thursday, the Latah County coroner announced that the four student victims all died of homicide by stabbing, likely while they were asleep. Some of the victims had defensive wounds and each of them had multiple stab wounds, according to authorities.

Audrey Conklin is a digital reporter for Fox News Digital and FOX Business. Email tips to [email protected] or on Twitter at @audpants.

The Composer Huang Ruo on Illusion and Betrayal in ‘M. Butterfly’

How Roe Shaped the World of Work for Women