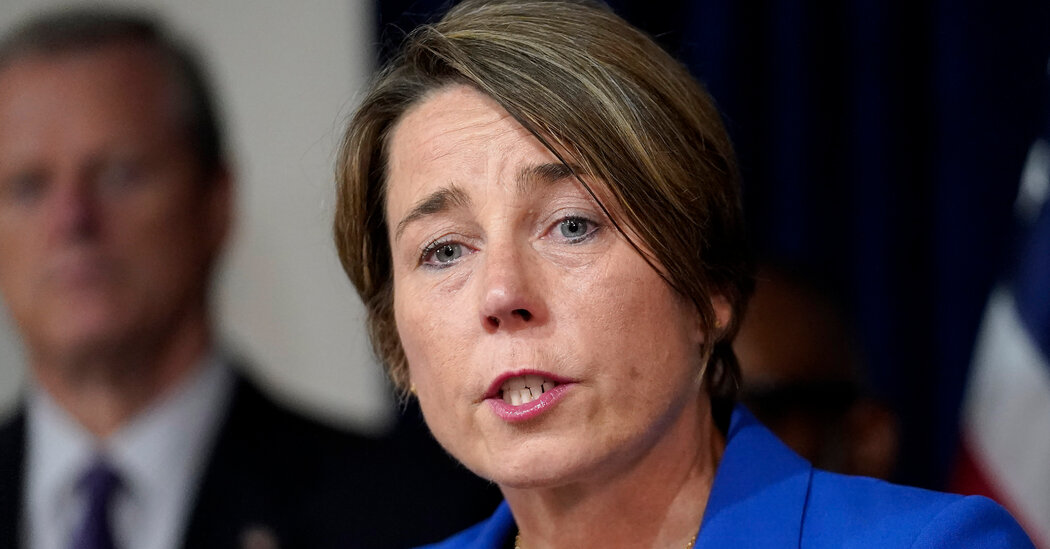 Maura Healey, the Democratic attorney general of Massachusetts, jumped into the governor’s race Thursday, becoming the best-known candidate running to replace Gov. Charlie Baker, a Republican who is not seeking re-election.

Mr. Baker’s decision to retire, which he announced late last year, makes the race one of the best opportunities in the country for Democrats to flip a governor’s seat. Ms. Healey has high approval ratings as attorney general.

“I’ve stood with you as the people’s lawyer, and now I’m running to be your governor to bring us together and come back stronger than ever,” Ms. Healey said in her announcement video, suggesting that she would focus on the economy, schools, climate change and affordable child care.

During Ms. Healey’s tenure as attorney general, Massachusetts has participated in several major lawsuits, including one against Purdue Pharma for its role in the opioid addiction crisis. The state also filed a lawsuit accusing Uber and Lyft of misclassifying their drivers as independent contractors and investigated Exxon in relation to climate change. It sued the Trump administration dozens of times, with varying degrees of success.

Ms. Healey, 50, was elected to the attorney general’s office in 2014 and re-elected in 2018, by wide margins both times. She was the first openly gay attorney general in the United States.

Like many other states in the Northeast, Massachusetts is reliably blue in presidential elections but has often elected Republican governors. In the past 30 years, only one Democrat — Deval Patrick, who served from 2007 to 2015 — has been elected to the state’s highest office.

Mr. Baker, the outgoing governor, is a moderate Republican who is more popular among Democrats and independents than within his own party. He has criticized former President Donald J. Trump and bucked his party on issues like abortion — the type of dissent that has become a serious liability in Republican primaries. Had Mr. Baker run again, he would have faced a Trump-endorsed challenger, the former state lawmaker Geoff Diehl.

But Mr. Trump is unpopular in the state, giving Democrats a better chance against Mr. Diehl in the general election than they would have had against Mr. Baker.

Ms. Healey’s opponents in the Democratic primary will include Sonia Chang-Díaz, a progressive state senator, and Danielle Allen, a Harvard professor who received a MacArthur “genius” grant for her work on race and political theory.

The Field Is Crowded, but Mostly Behind South Carolina

A Sneaker With a Built-In Puddle

U.S. Pulls Most Diplomats From Kyiv as Tensions Mount

Momentum Builds for Overhaul of Rules Governing the Electoral Count