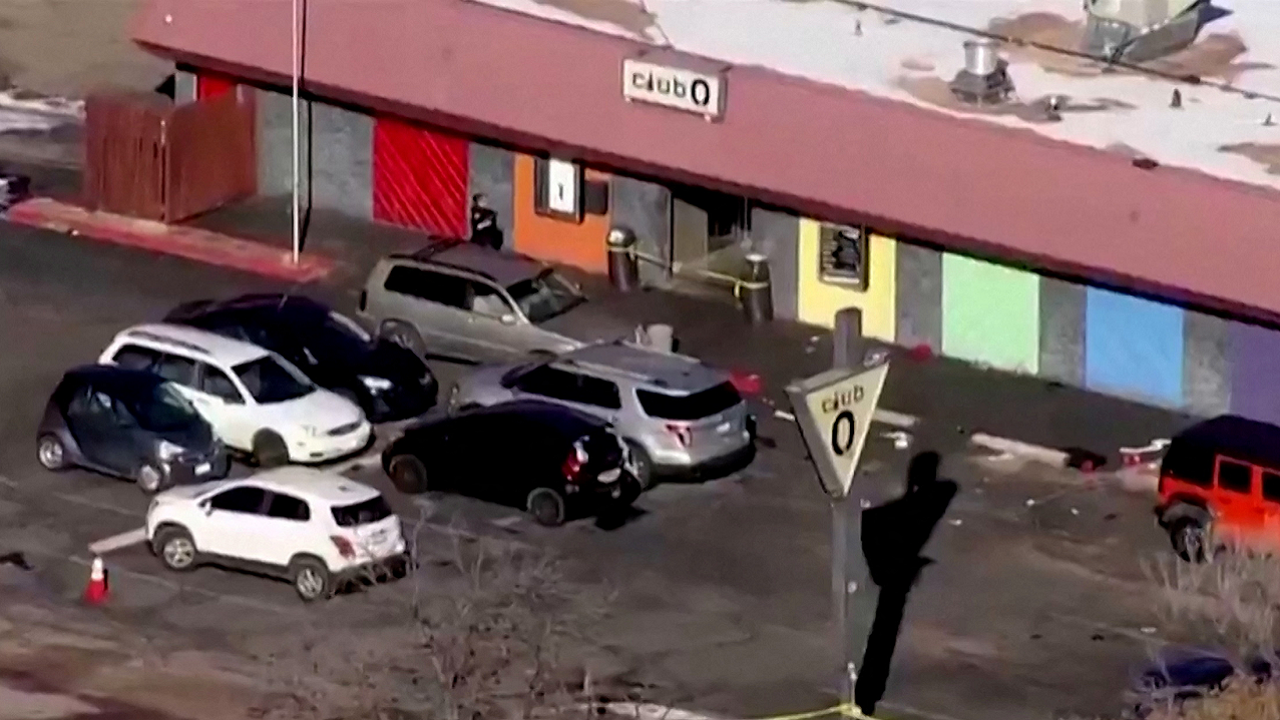 The owners of the Colorado Springs LGBTQ nightclub targeted in a mass shooting say the gunman entered the property wearing a military-style flak jacket and was carrying “tremendous firepower,” a report says.

Matthew Haynes and Nic Grzecka revealed the detail after reviewing surveillance footage of the attack that unfolded late Saturday at Club Q, according to the New York Times.

“One customer took down the gunman and was assisted by another,” Haynes told the newspaper, describing how the shooting came to an end. “He saved dozens and dozens of lives. Stopped the man cold. Everyone else was running away, and he ran toward him.”

Haynes said in an interview that the alleged shooter, identified as 22-year-old Anderson Lee Aldrich, pulled up to the nightclub in a strip mall wearing a military-style flak jacket and showcased “tremendous firepower,” the New York Times reported.

Club Q is seen on Sunday, Nov. 20, hours after a gunman opened fire inside.
(KMGH via REUTERS )

A law enforcement official who spoke on condition of anonymity told the Associated Press that an AR-15-style semiautomatic weapon was used in the shooting.

Grzecka said that the suspect was not a familiar face at Club Q.

COLORADO SPRINGS MAYOR: LGBTQ NIGHTCLUB MASS SHOOTING ‘HAS ALL THE TRAPPINGS OF A HATE CRIME’

“He’s never spent money on a credit card or ID ever scanned in our business that we know of,” he told ABC News. “I think this was a community of target for him.”

Haynes also said to the New York Times that he and Grzecka were “vigilant” about security at Club Q following the 2006 Pulse nightclub shooting in Orlando, in which 49 people were killed.

“We’ve worked with the Colorado Springs Police Department and the FBI in response to various threats over the years,” Haynes told the newspaper. “But there had been no known recent threats toward Club Q.”

The Cultural Dread of the Bad Mother

The Mysterious Dance of the Cricket Embryos

Cannabis for Better Sex? Here’s What the Science Says.