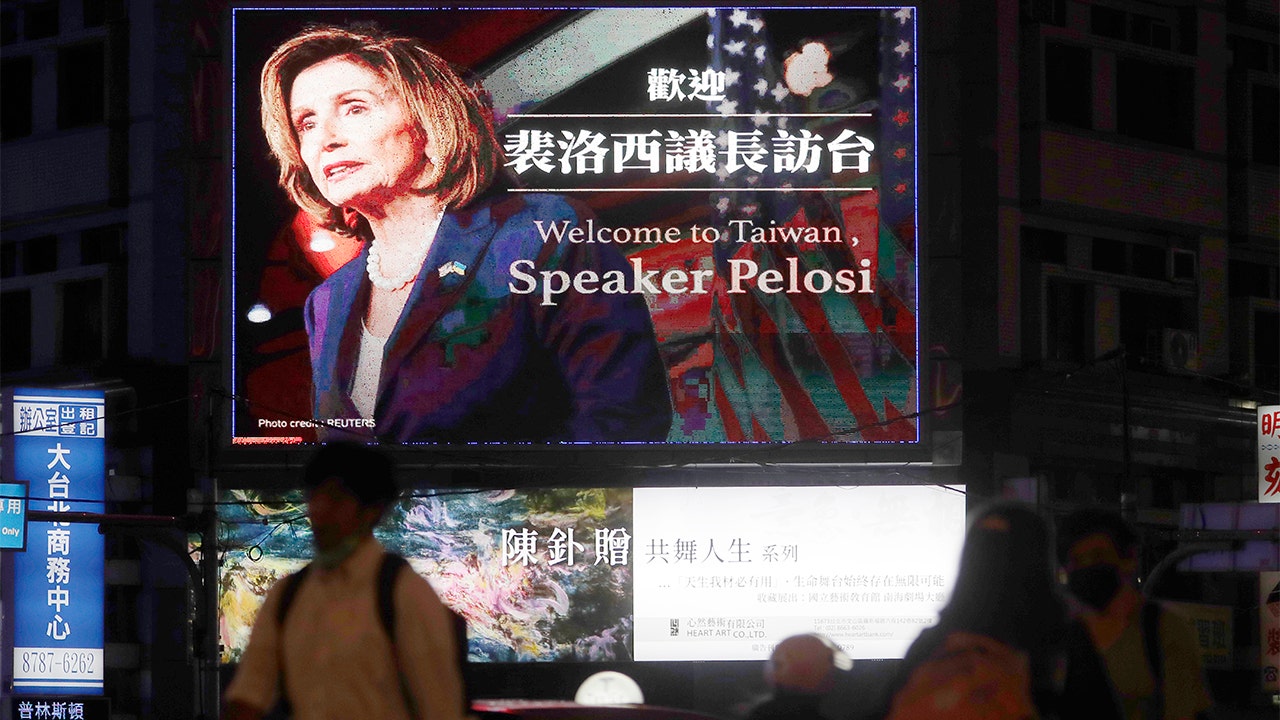 KAOHSIUNG CITY, Taiwan – Hours before the arrival of U.S. House of Representatives Speaker Nancy Pelosi to Taiwan, some of the bravado expressed by people has morphed into – if not fear – then at least anxiety.

Earlier today, local media reported that Chinese navy ships were spotted in international waters off of Taiwan’s east coast, and millions of Taiwanese are pondering what moves China will take as neither Pelosi nor Beijing appears willing to back down or ‘lose face.’

There is still tremendous support from a huge segment of Taiwan’s population for the first visit by a sitting speaker of the house in 25 years. Many are downright excited and remain convinced China’s reaction will not be anything earth-shattering. A city councilor with the ruling Democratic Progressive Party (DPP) in the country’s capital reportedly helped put up a billboard reading “Welcome to Taiwan, Speaker Pelosi!” at one of the busiest intersections in the capital city.

Local news featured stories on Tuesday evening – just hours before Pelosi landed in Taiwan – of business owners offering discounts for food or beverages during the time the speaker is on the island, while some political talking heads who support the ruling party and the speaker’s visit appeared almost giddy as they discussed the countdown to her arrival.

FOR CHINA’S MILITARY PLANNERS, TAIWAN IS NOT AN EASY ISLAND TO INVADE

In southern Taiwan – a stronghold of the “Greens,” a local term for the ruling DPP – many also expressed joy and excitement. Southern Taiwan has been mostly been governed by the DPP since the late 1990s, and pro-Taiwan independence sentiments are generally considered to be the highest among people in the south of the island.

One man in the southern port city of Kaohsiung told Fox News Digital that “This isn’t just about a visit, this is about standing up for my country and, yes, there are always risks, but we must be brave.”

Supporters hold a banner outside the hotel where U.S. House Speaker Nancy Pelosi is supposed to be staying in Taipei, Taiwan, Tuesday, Aug 2, 2022.
(AP Photo/Chiang Ying-ying)

A woman near a Starbucks at a shopping mall in Kaohsiung repeated what many others have said, that “China doesn’t have the right to say who can and cannot come to Taiwan.”

However, despite the south being a bastion of “Green” support, there were a surprising number of people who had reservations and or questioned if the visit was truly necessary or wise.

A man who only gave his English name, King, pinpointed the emotions some seem to be feeling, even in the pro DPP south. ” Everyone, from the U.S. to China seem to have a political agenda, but in the end,” said King, “it’s we Taiwanese who will have to deal with the ramifications of this…we’re the ones who will be sacrificed if this goes sideways.”

Audrey Chiang is a bit of rarity in southern Taiwan. She and her husband are supporters of the “Blue” side of the aisle, meaning they generally vote for and support the policies of the minority Kuomintang Party (KMT). For people such as Audrey, maintaining the status quo is of upmost importance, and she doesn’t feel either the U.S. or Taiwan needs to “challenge” China unnecessarily.

U.S. House Speaker Nancy Pelosi, center, tours the parliament house in Kuala Lumpur, Tuesday, Aug. 2, 2022. Pelosi arrived in Malaysia on Tuesday for the second leg of an Asian tour that has been clouded by an expected stop in Taiwan, which would escalate tensions with Beijing.
(Malaysia’s Department of Information via AP)

“Of course, I personally would welcome Speaker Pelosi to Taiwan, but overall, I think Taiwan needs stability,” she told Fox News Digital. “Lower-level U.S. or other international delegations – or retired officials – visiting is no problem. But I question if this trip is really needed.”

Echoing some of these concerns was Bella Chen, a young woman who works at one of Kaohsiung’s best-known audio production studios. Like King, Ms. Chen was blunt. “In the end, it’s the people of Taiwan who will suffer if China ends up making good on its threats,” she said.

PELOSI TOUCHES DOWN IN MALAYSIA AMID TENSIONS OVER TRIP TO TAIWAN

She also noted that what she has seen from Chinese Tik Tok users has her a bit spooked. “They had some military anniversary recently,” said Bella, referring to the August 1st “PLA Day,” or “Army Day.”

U.S. House Speaker Nancy Pelosi, left, meets with Malaysia Parliament speaker Azhar Azizan Harun at the parliament house in Kuala Lumpur, Tuesday, Aug. 2, 2022. Pelosi arrived in Malaysia on Tuesday for the second leg of an Asian tour that has been clouded by an expected stop in Taiwan, which would escalate tensions with Beijing.
(Malaysia’s Department of Information via AP)

This year, China’s August 1st “Army Day” celebrated 95 years since the founding of China’s People’s Liberation Army (PLA), which is now the world’s largest military. “It seems to me a lot of Chinese people online are really worked up over this [Pelosi’s visit], and I admit that frightens me a little.”

However, none of those who expressed concern or even fear, told Fox News Digital that they predict an outright war or an invasion. When asked what they expected to happen, most paused before responding with some version of “I really don’t know.”

Eryk Michael Smith is a Taiwan based reporter for Fox News Digital. He can be followed @ErykSmithTaiwan

‘About time!’: In London and beyond, many welcome the news about Johnson’s pending departure.

For Two Octogenarians, the ‘Endgame’ Was Just the Beginning