Racial Turmoil Mars Signs of Progress at the U.S. Mint 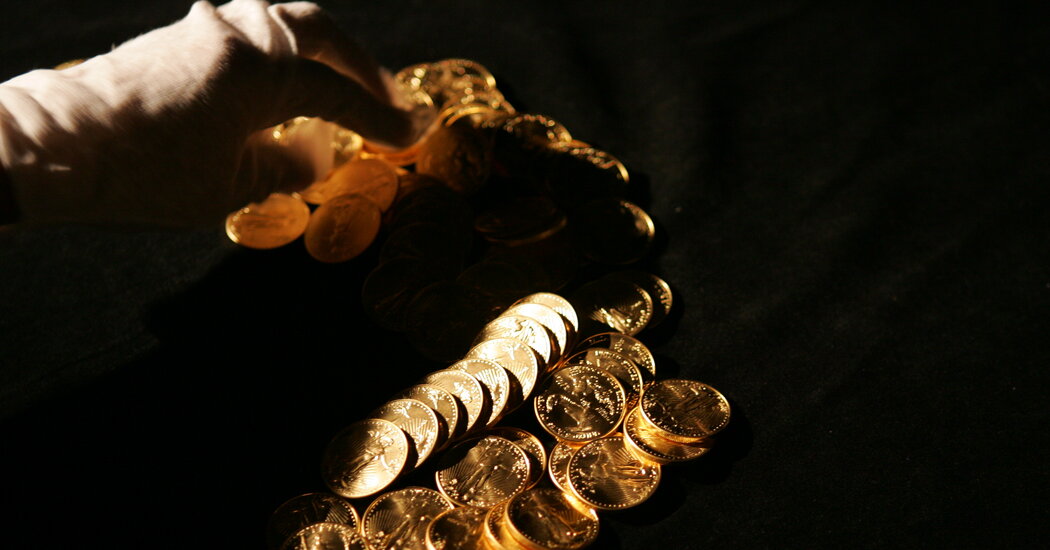 WASHINGTON — The United States Mint celebrated a milestone this month when it announced the first shipment of a new batch of quarters bearing the image of the writer and poet Maya Angelou, the first Black woman to be depicted on the 25-cent coin.

The announcement came weeks after President Biden said he would nominate Ventris C. Gibson to lead the Mint, where, if confirmed, she would serve as its first Black director.

But beneath the public signs of social progress is an agency that has struggled for years with racial tension, with Black employees saying they feel threatened, marginalized and professionally disadvantaged. While instances of racism at the Mint have surfaced in previous years, a new internal report that was reviewed by The New York Times depicts an institution rife with tumult over allegations of racist behavior.

A draft of the report, which was commissioned by the Mint last year and produced by an independent human resources consulting firm, determined that the agency, which is part of the Treasury Department, had a “culture problem” and that staff members felt a “lack of psychological safety.” The report described a workplace with “implicit bias” and “microaggressions” toward people of color.

Participants in a survey conducted by the consulting firm, which included more than 200 staff members, senior managers and executives, said race was a divisive issue at the Mint. Many people at the agency expressed concerns that hiring and promotions for people of color were not handled fairly and said that they feared reprisal for making formal complaints.

In interviews with the firm that were quoted in the report, some managers at the Mint appeared dismissive of the racial concerns. Comments made by managers included saying that “we need a model minority” and that “if we put a minority as a U.S. Mint assistant director, the minorities will see we are not racist or sexist.”

The firm, TI Verbatim Consulting, said in the report that its findings “point to potential root causes for the racial divide” at the Mint. The report cited outdated policies, cliques, ambiguous promotion practices and the perception of favoritism. Although some members of the Mint’s work force described a positive environment, others said there had been a noticeable “downward spiral” in recent years amid growing racial tension and as acts of overt discrimination surfaced.

“The work force does not feel that the organization lives up to its values,” the report, which surveyed a mix of white employees and people of color, said.

Concerns about a culture of discrimination at the Mint garnered national attention in 2017 after a white worker at a facility in Philadelphia tied a rope used for sealing coin bags into a noose and left it on the workstation of a Black colleague. In a letter in 2020 to Steven Mnuchin, who was then the Treasury secretary, staff members at the Mint said that another noose had surfaced and that the N-word had been written across walls in restrooms. They also said that a white Mint official had referred to a Black leader at the agency as a “zoo keeper” in an instant message conversation.

The allegations were referred to the Treasury Department’s inspector general, Richard K. Delmar. He found no evidence of racial animus surrounding the Philadelphia noose incident, but his inquiry into other allegations remains ongoing. Mr. Delmar declined to comment on the review that is underway.

The day after the noose was found, the employee in question was removed from his job. He challenged his removal before the U.S. Merit Systems Protection Board, which reviews cases of government employees who are contesting their termination, and said that his job involved tying knots. The Mint later agreed to a settlement with the employee after the Justice Department declined to take any action; a Mint spokesman said the settlement was made in an effort to end the dispute and ensure that the employee would not be reinstated.

The revelations of racial turmoil come as the Mint is at a potential turning point. Mr. Biden has made racial equity a centerpiece of his agenda, and he announced in December that he would nominate Ms. Gibson to be the agency’s director. She is currently the Mint’s deputy director and has been leading the agency on an acting basis.

Ms. Gibson, who needs to be confirmed by the Senate, has vowed to improve the Mint’s culture. Last month, she led a diversity briefing during a senior managers’ meeting, and she is planning to create new career development programs to help make the promotion process more transparent.

“Our work force comes from diverse backgrounds, and I am committed to ensuring that we respect, honor and leverage that diversity,” Ms. Gibson said in a statement. “We must ensure that there are no barriers to the success and advancement of any employee at the Mint.”

She added, “We at the senior leadership level must make concerted efforts to always treat our employees with fairness and integrity, and to restore faith in those basic tenets of good leadership and exemplify genuine care for the work force.”

But there are lingering concerns within the Mint’s staff about her commitment and ability to bring change to an organization where cultural problems have festered for so long.

Staff members inside the Mint are fearful that symbols of change may not necessarily lead to tangible cultural change at the 1,600-person agency, which was established by the Coinage Act of 1792. That includes the decision to put Ms. Angelou on the quarter.

“It’s a distraction,” said Rhonda Sapp, the president of the Mint workers’ union, who questioned the value of putting Ms. Angelou on a coin “when you mistreat the people, some of whom are people of color, who are making the coins.”

Ms. Sapp, who said she had not seen the consulting firm’s report, said that shifting the agency’s culture would require more sweeping changes among the Mint’s leadership.

“What good is it to have the first Black female director, if she is confirmed, when you have all of these people who have these behaviors and mind-sets undermining her at every turn?” Ms. Sapp asked.

Others are more optimistic that Ms. Gibson will be able to foster a culture of inclusion.

“Ventris brings years of human resources experience at large organizations,” said Rosie Rios, who served as treasurer of the United States during the Obama administration. “I’m sure she will do a fine job with the Mint.”

The report credited the Mint’s leadership for commissioning the assessment of its culture and allowing respondents to speak freely about the agency. It said that “tremendous opportunity exists for real change.”

Before Mr. Biden announced her nomination to lead the Mint, Ms. Gibson was appointed in October as the agency’s deputy director. At the time, Wally Adeyemo, the deputy Treasury secretary, hailed her selection as a sign of progress.

“Her historic appointment reflects our ongoing commitment to building a qualified, diverse work force at Treasury and its bureaus that will serve the American people well,” he said.

The Mint historically was a place that pioneered diversity but did not always prioritize healthy working conditions. In 1795, it became the first federal agency to employ women when it began hiring them to work in the so-called adjusting room, a poorly ventilated space where they would weigh and file down blank coins.

The agency has facilities in Philadelphia; Denver; San Francisco; West Point, N.Y.; and Fort Knox, Ky. Through the 1960s, the staff around the country was largely white and working class, but in recent decades it became more diverse. At the Mint’s administrative headquarters in Washington, where around 300 people work, those in leadership and higher paying roles are mostly white, while employees on the lower end of the pay scale are mostly people of color, according to the report.

In recent years, bringing diversity to the imagery on America’s coins has been a priority for the Mint. The bipartisan Circulating Collectible Coin Redesign Act of 2020, which was signed into law by President Donald J. Trump the week before he left office, initiated the addition of notable women, such as Ms. Angelou, on quarters through 2025.

The findings of the report have yet to be released publicly. They are expected to be shared more widely within the Mint’s staff later this month, Ms. Gibson said in her statement. 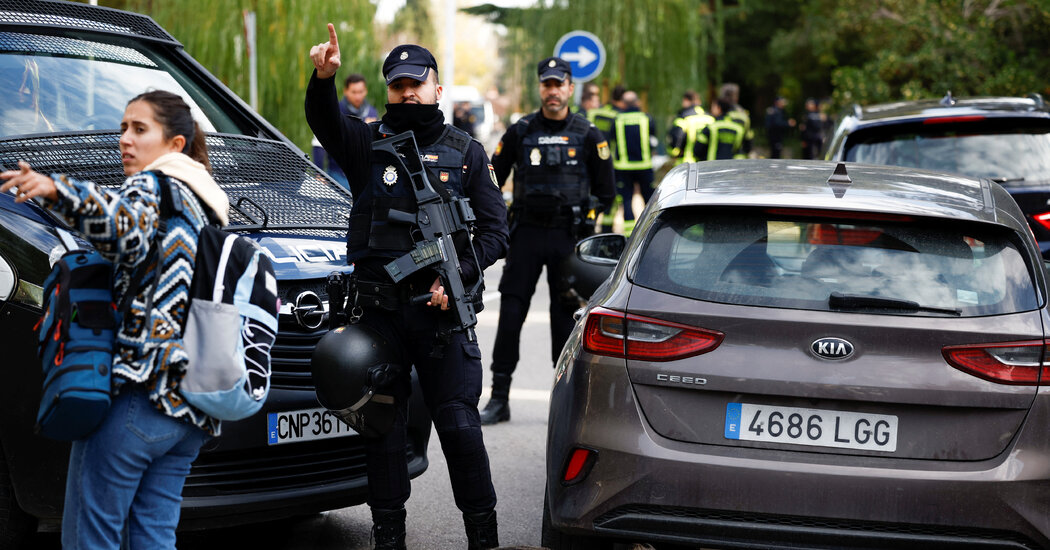 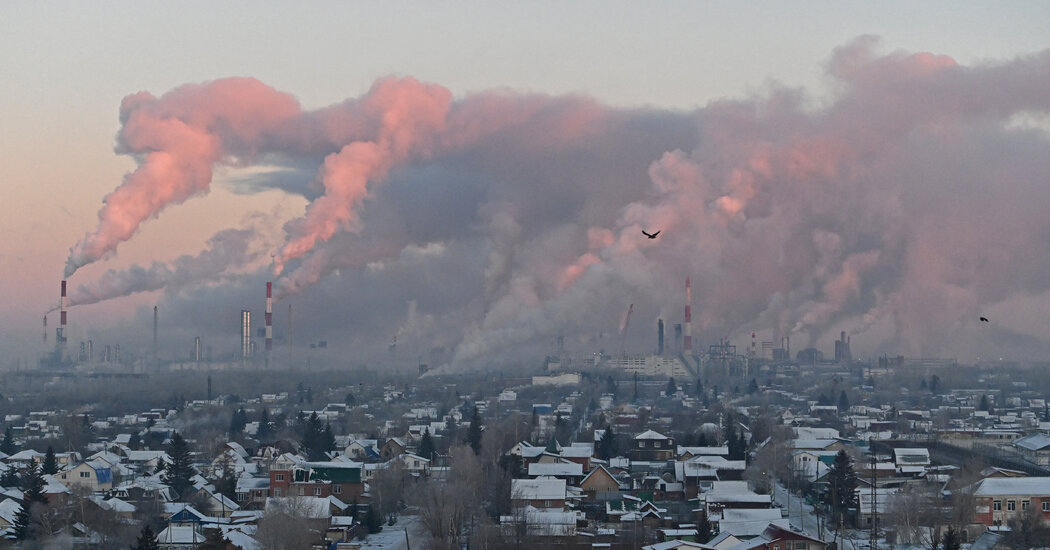 At CPAC, Trump Misleads About Biden, a Russian Pipeline and Gas Prices