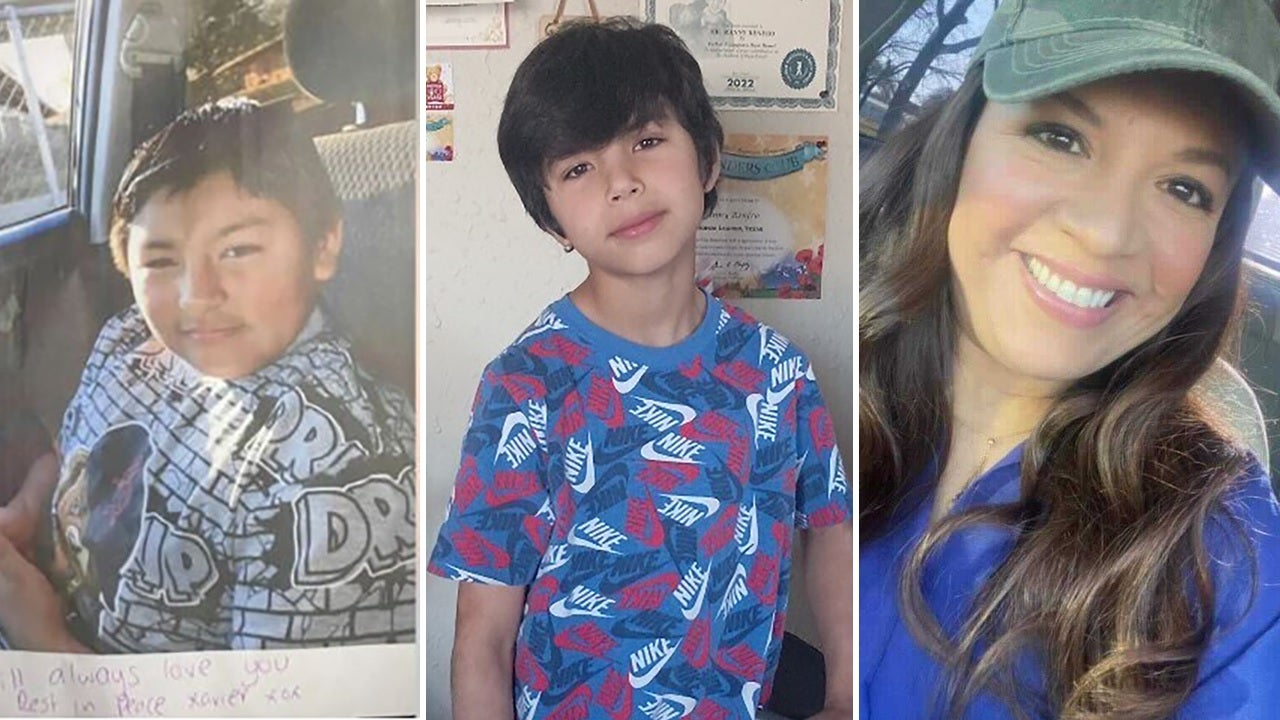 A custom casket maker in Texas is helping the victims and their families in the aftermath of Tuesday’s mass shooting at Robb Elementary School in Uvalde, Texas.

Trey Ganem, 50, of SoulShine Industries in Edna, has reached out to and has personally met with many of the families of the deceased and has agreed to construct personalized caskets for them, Fox 26 of Houston reported.

Crosses with the names of Tuesday’s shooting victims are placed outside Robb Elementary School in Uvalde, Texas, Thursday, May 26, 2022. The 18-year-old man who slaughtered 19 children and two teachers in Texas left a digital trail that hinted at what was to come.
(AP Photo/Jae C. Hong)

During an interview, Ganem told Fox Houston’s Tiffany Justice that the caskets will be dedicated to each victim and will help their families remember the positives about their life.

“This casket is for an adult, for a very beautiful person, who tried to protect children,” Ganem told the outlet, per the report. “I sat with the family. I was drawn to this casket, especially after hearing the stories.”

The casket maker said meeting with the families and hearing about the victims was integral in idealizing and eventually crafting the personalized caskets.

“Building that relationship, being able to go to their homes is something that is very emotional for me,” Ganem added, Fox Houston reported. “To listen to them talk about their loved one, it helps me incorporate the design for these caskets. When people talk about what they loved, they start smiling. Even though it’s this horrible time, they’re remembering the joy and the love their loved ones had.”

According to the report, Ganem has assisted other families, including caskets for Vanessa Guillen, a Fort Hood soldier that was murdered, and Maleah Davis, a missing 4-year-old who was later found in a trash bag on the side of the road in Arkansas.

No longer just a box, Ganem said the personalized casket was a “beautiful creation that represents their loved ones.”

Ganem said he was approached by someone at the Texas Funeral Directors Association, who asked if he would be able to help supply caskets for the small town, as 21 caskets — 19 of them for children — is difficult with the town’s limited resources, BuzzFeed News reported.

“I think there were 17 at the time that he knew of, and [he] wanted to know if I would be able to help out and make sure that all these kids have, you know, some personalization,” Ganem said, per the outlet.

SoulShine Industries ordered the caskets from a manufacturer in Griffin, Georgia, who the casket maker said worked 20 straight hours to ensure the order would be done as soon as possible, BuzzFeed News reported.

Ganem then hired a truck driving company to drive 26 hours round trip to retrieve the caskets, and he personally worked on only a few hours of sleep to ensure the caskets would be ready to use in their respective funerals, according to the report.

Others have gathered to pay their respects to the grieving community, including President Biden and First Lady Jill Biden, who visited Uvalde Sunday afternoon.

During their visit, they stopped by a memorial for the victim of the tragedy, attended a Catholic Church service and met with the families of the victims.

President Joe Biden and first lady Jill Biden visit a memorial at Robb Elementary School to pay their respects to the victims of the mass shooting, Sunday, May 29, 2022, in Uvalde, Texas.
(AP Photo/Evan Vucci)

At Robb Elementary School, the Bidens placed a bouquet of white flowers at a tribute featuring 21 white crosses in front of the school’s placard.

President Biden and the First Lady also met privately with the victims’ families.

Victims of the tragic mass shooting in Uvalde, Texas, have been identified.
(Courtesy of the family / Manny Renfro via AP /  Courtesy of Mireles Family and Lydia Martinez Delgado / Local News X / TMX)

“It is time to turn this pain into action,” the president tweeted after his visit.

The search came as Trump is weighing another run for the presidency.

Ukraine’s resistance to invasion prompts Taiwan to rethink its own military strategy.