Town Called Itself a Big Cat Habitat to Block Housing, Then Reversed Course 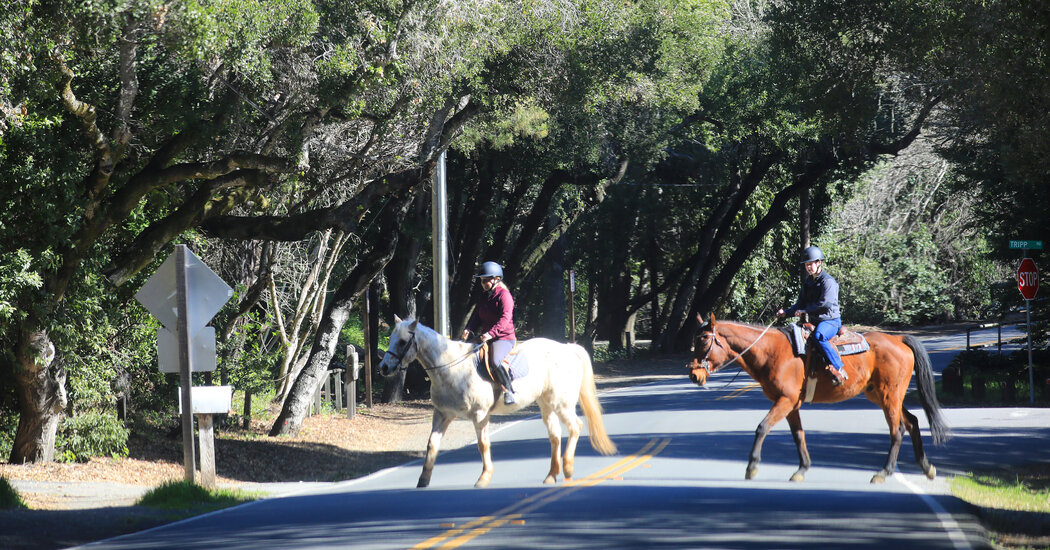 Daniel Yost, who served on the Town Council for five years, said on Monday, “I never heard anyone express any concern about preserving mountain lion territory.” But, Mr. Yost said, there were complaints by some Council members about housing mandates.

“We’re fortunate here in Woodside. It is a wealthy community,” Mr. Yost said. “A lot of people have benefited from the California dream here,” he said. While some residents want to “find a way for others to benefit as well,” there were also those who “seem intent on sort of drawing up the drawbridge,” he added.

In all his years in Woodside, Mr. Yost said that he had never personally seen a mountain lion. But he recalled that one weekend when he was away, his neighbors said that they saw a mountain lion on the street.

Since S.B. 9 was taken up by California lawmakers last year, many local government and homeowner groups have vehemently opposed the measure, with some saying it “crushes single-family zoning.”

Sonja Trauss, a housing advocate and the executive director of Yes In My Backyard Law, said that her organization had documented about 40 cases in which towns sought to limit, block or discourage S.B. 9 housing. Many towns were passing “urgency” ordinances, she said, with little time for review by the public and elected leaders.

“The amount of anxiety this is causing, compared to the ultimate density that it requires to be permitted, is very strange,” she said. “S.B. 9 is really one of the first statewide zonings that actually goes specifically after single-family areas.”

Michael Andersen, a senior housing researcher at Sightline Institute in Oregon, said that when states pass laws to address housing shortages, many wealthy communities often respond with new ordinances, like declaring neighborhoods a historic district, or imposing zoning regulations that make it difficult for a developer to build multifamily homes.

‘Days of Our Lives,’ NBC Mainstay Since 1965, Moves to Peacock

A Poet Who Looks to Nature, and Honors Its Secrets

Bill J. Allen, Alaska Businessman at the Center of Scandal, Dies at 85