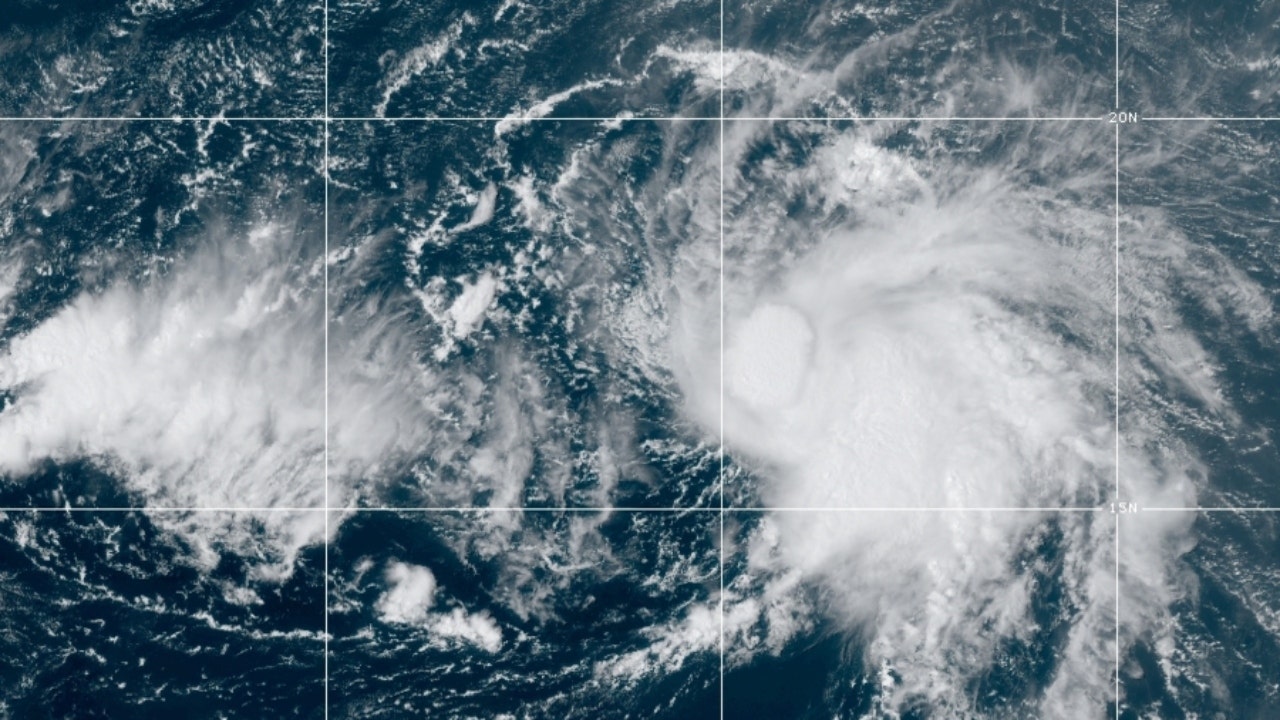 The National Weather Service said tropical storm conditions were possible by Friday night over portions of the northern Leeward Islands.

A tropical storm watch has been issued in the area.

Heavy rainfall from Fiona will reach the Leewards Islands on Friday afternoon.

TROPICAL DEPRESSION SEVEN FORMS IN ATLANTIC OCEAN, COULD STRENGTHEN INTO A TROPICAL STORM

On Saturday and into Sunday morning, rain will spread to the British and U.S. Virgin Islands, Puerto Rico and eastern Hispaniola.

Rain could produce flash and urban flooding, as well as isolated mudslides in areas of higher terrain.

Tropical storm watches will likely be issued for some of those areas later Thursday.

TROPICAL STORM KAY WEAKENS AND VEERS AWAY FROM US-MEXICO BORDER

It was located about 580 miles east of the Leeward Islands and moving at 12 mph with maximum sustained winds of about 50 mph, according to forecasters.

Little change in strength is forecast during the next few days.

Total rainfall accumulations of 3 to 6 inches are expected with isolated higher amounts across the northern Leeward Islands.

Swells from Tropical Storm Fiona, which could cause life-threatening surf and rip current conditions, are predicted to affect the northern Leeward Islands by early Friday.

Julia Musto is a reporter for Fox News Digital. You can find her on Twitter at @JuliaElenaMusto.

Yankees Run Win Streak to 11 With Pummeling of Blue Jays

With ‘Cyrano,’ James McAvoy Is Savoring a ‘Purer Form of Storytelling’