Virginia Sues Town of Windsor, Accusing It of Discriminatory Policing 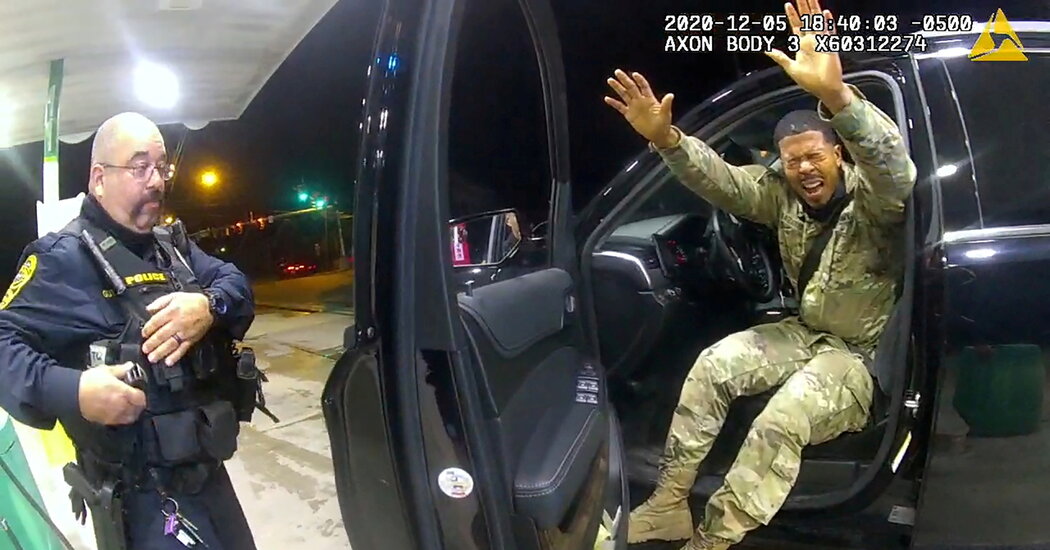 Windsor is one of nearly 100 Virginia communities to receive federal grants encouraging tickets. Awarded by the state authorities, the annual grants ranged last year from $900 to the village of Exmore for catching seatbelt violations, to $1 million to Fairfax County for drunken-driving enforcement. Windsor got $15,750 to target speeders.

After the footage of Lieutenant Nazario’s stop was released last year, Windsor leaders moved to pursue ways to slow traffic “while reducing police and citizen contacts,” including electronic signs and rumble strips. The Windsor police also ended grant-funded patrols, saying it was “in the best interest of our agency and our community.”

On Friday, the statement sent by Chief Riddle said that the police department practices nondiscriminatory policing and has taken additional steps since the incident to increase training and accountability.

The statement also called the data cited in the attorney general’s investigation “questionable.”It said that the town’s seven-person police force includes minority representation. “There was no need for Mr. Herring to file this lawsuit, except perhaps for the sake of headlines, which he will surely receive,” the statement said.

A spokesman for the town, Joel Rubin, said the attorney general’s numbers were questionable because they did not take into account many people passing through the town, which is along a highway, Route 460.

In April, Lieutenant Nazario filed a lawsuit in the U.S. District Court for the Eastern District of Virginia. He accused the officers of illegally searching his car, using excessive force and violating his rights under the First and Fourth Amendments. He also accused the officers of threatening to destroy his military career by charging him with multiple crimes if he raised concerns about their conduct, according to the complaint.

A lawyer for Lieutenant Nazario could not immediately be reached for comment.

Valerie Cofer Butler, the president of the N.A.A.C.P. chapter for Isle of Wight County, thanked the attorney general for taking action and said the group had tried for months to “negotiate in good faith” with Windsor leaders.

Review: Tipping the Scales in ‘A Delicate Balance’