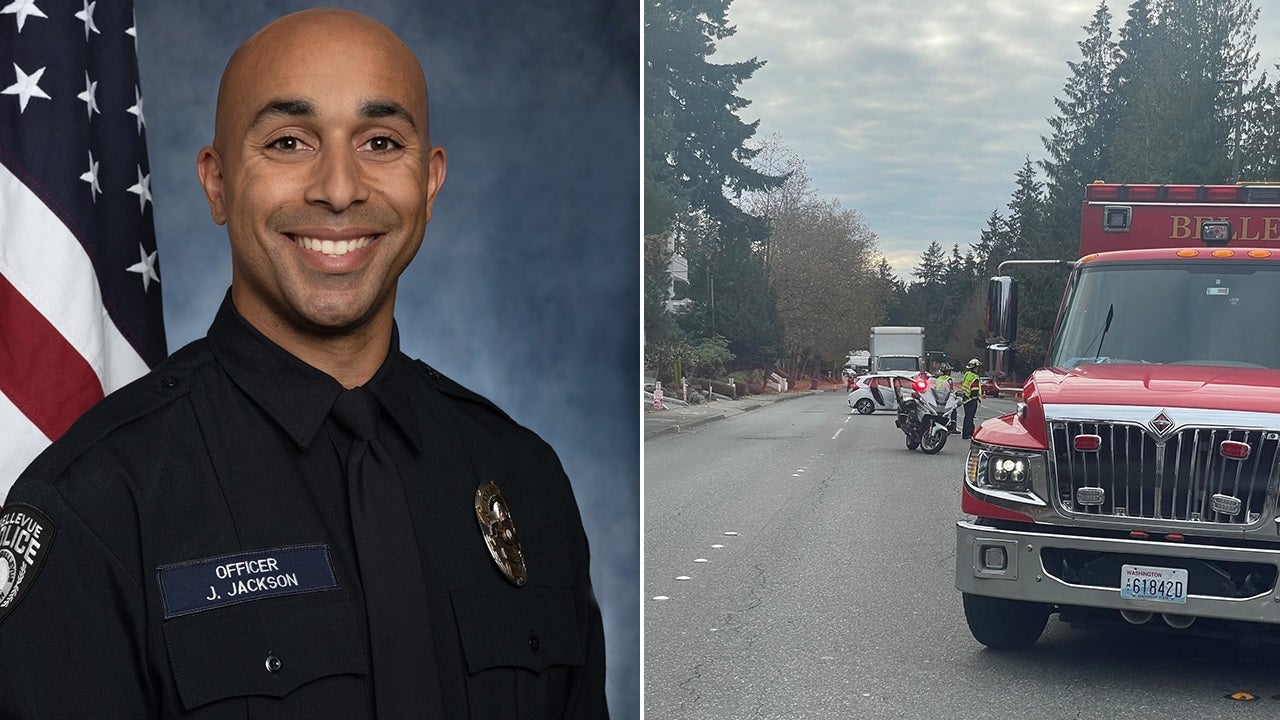 A Washington state motorcycle officer has died from injuries he suffered after a vehicle collision on Monday, authorities said.

Officer Jordan Jackson, 34, was on duty when a white car struck his motorcycle while he was traveling in the 500 Block of Bellevue Way Southeast, the Bellevue Police Department said.

Jackson was rushed to Harborview Medical Center with life-threatening injuries. Hours later, the department reported that Jackson succumbed to his injuries.

“We are devastated by Officer Jackson’s tragic death,” said Chief Wendell Shirley. “Our hearts go out to his wife, two children, his family and friends, and extended BPD family as they grieve. This is a huge loss for the entire community.”

Jackson served with the Bellevue Police Department since 2018. Two years after joining, he transferred to the traffic unit as a motorcycle officer.

The officer was recently honored as employee of the quarter for his excellent quality of work and service to the community, the department said. His superiors commended him for his leadership in the department and eagerness to take on additional responsibility.

Prior to joining the force, Jackson was an EMT, a volunteer firefighter, and a member of the King County Sheriff’s Officer Search and Rescue Volunteer K-9 Unit.

Funeral arrangements were expected to be announced later.

Harry’s Table Is a Food Hall by Way of Cipriani

The War in Ukraine Is the True Culture War

No, Obama did not keep classified documents, the National Archives confirms.