Woman ‘Tricked’ to Believe She Was a D.E.A. Agent Trainee, Official Says 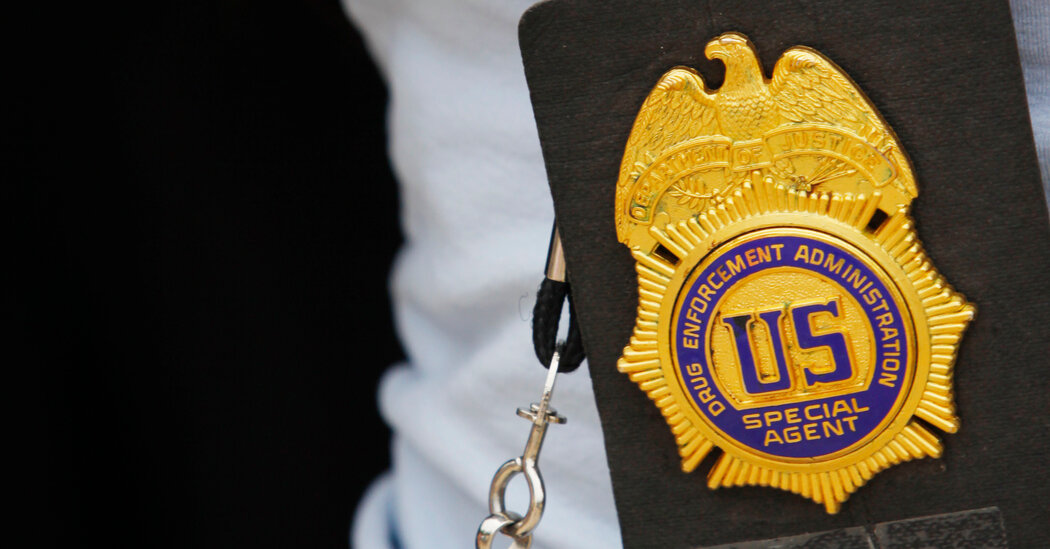 Suspicions arose last week when Sgt. Matthew Jacobsen of the Portland Police Bureau in Oregon saw a man and woman standing near a silver Dodge Charger with red and blue emergency lights and a tactical vest in its trunk with a “D.E.A. POLICE” patch.

Sergeant Jacobsen asked them if they were federal agents with the Drug Enforcement Administration, according to a federal complaint. The man, Robert Edward Golden, replied that they were indeed “feds,” according to the complaint.

It was not exactly clear what it was about the pair that first attracted the sergeant’s attention on the night of Feb. 1, but the authorities later learned that Mr. Golden, 41, was an impostor who had tricked the woman into believing that she was training to be a D.E.A. agent herself, according to the complaint filed on Thursday in U.S. District Court in Oregon.

Mr. Golden had duped the woman, who was not named in the complaint, for about a year.

He gave her a D.E.A. badge to use on ride-alongs at night, when he would take her to speak with homeless people to turn them into “confidential informants,” and he spoke about his D.E.A. colleagues, like “Anderson” and “Luis,” according to the complaint.

Morgan T. Barr, a D.E.A. agent in Portland, said in the complaint that there were several discrepancies in Mr. Golden’s portrayal of the profession: The agency does not provide ride-alongs, and it had no “Anderson” or “Luis” working in its district office.

Mr. Golden was charged with impersonating a federal agent. The woman was not charged. Mr. Golden’s lawyer, Michael Charles Benson, could not be immediately reached for comment on Sunday. The case was reported by The Daily Beast and The Oregonian on Friday.

Sgt. Jacobsen, who could not be reached on Sunday, found more items in Mr. Golden’s possession that burnished his appearance as a bona fide agent, such as handcuffs, badges, holsters and an AR-15-style rifle that was later determined to be a BB gun.

Mr. Golden told the authorities he had fake D.E.A. patches, which he said he purchased on websites like eBay and Amazon, because he and the woman were “into cosplay,” according to the complaint.

As for the Dodge Charger with the red and blue emergency vehicle lights, the complaint said that Mr. Golden told the authorities that he wanted to make others believe that he and the woman were federal agents so no one would bother them near their apartment complex.

He told investigators that he used the red and blue lights, which were inside the car, “to get through traffic faster,” according to the complaint, and he said that he once acted like an officer to break up a fight by shouting “police!”

The woman told investigators that she attended school for criminal justice and had been given credentials by Mr. Golden. He had taken her to shooting practice and once claimed that he had put someone in handcuffs on his way to work, according to the complaint.

Mr. Barr, who could not be reached for comment on Sunday, said in the complaint that he believed that Mr. Golden had “tricked” the woman into believing that he “is in fact a D.E.A. agent and she is in fact in training to be a D.E.A. agent.”

On Friday, U.S. Magistrate Judge Jolie A. Russo released Mr. Golden after imposing a number of conditions, including that he maintain a full-time job, limit his travel to Oregon unless granted approval by the court, and participate in counseling and a mental health evaluation.