A One-Legged Man Bathing on a Rooftop in Syria? Must Be ISIS’ Leader. 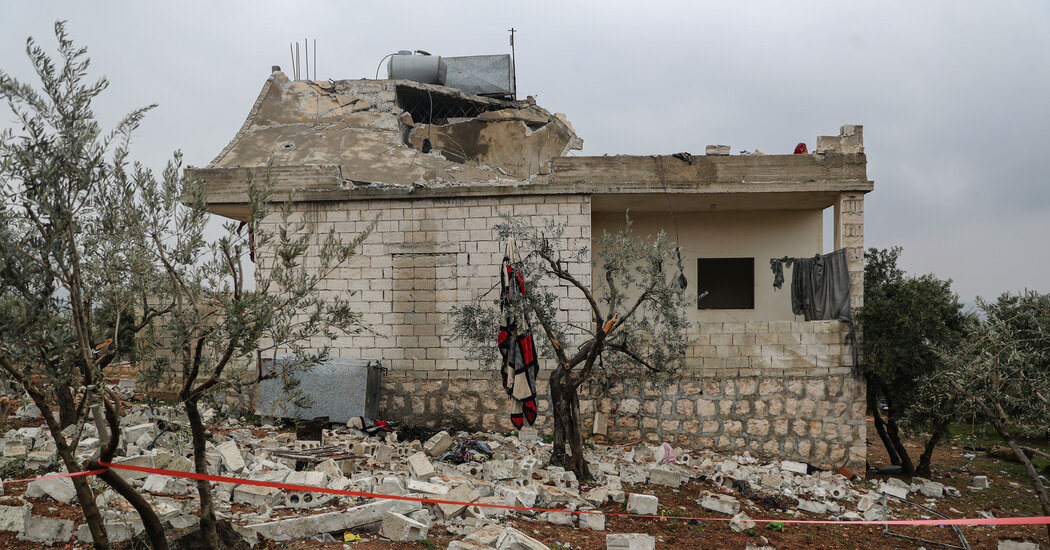 The battle for the prison killed hundreds of people and offered a bleak reminder that even after the collapse of the caliphate, and now the death of Mr. al-Qurayshi, the group’s ability to sow chaotic violence persists. Indeed, a United Nations counterterrorism report issued this week estimated that the Islamic State still retains 6,000 to 10,000 fighters across Iraq and Syria, “where it is forming cells and training operatives to launch attacks.”

Also this week, the State Department offered a reward of up to $10 million for information leading to the identification or location of Sanaullah Ghafari, the leader of Islamic State Khorasan, or ISIS-K, the group’s branch in Afghanistan. The terrorist group claimed responsibility for an attack at Kabul’s international airport on Aug. 26 that killed 13 U.S. service members and as many as 170 civilians during the American-led evacuation.

On Thursday, two senior U.S. military officials described the planning and execution of the raid to a small group of reporters on a teleconference. They spoke on the condition of anonymity to discuss operational matters.

The mission, led by Delta Force commandos, was set in motion last September with a tip that the ISIS leader was hiding out on the top floor of a house in northwestern Syria. Overseen by the military’s Central Command, the commandos rehearsed dozens of times, and Mr. Biden was briefed on an exercise involving a tabletop model of the building. The troops also practiced using a mock-up of the building that they would eventually raid.

By late December, the commandos were ready and Mr. Biden approved the mission. But bad weather in northwestern Syria and a desire to carry out the mission on a moonless night pushed the operation to Feb. 2.

The American assault in Atmeh, backed by Apache helicopter gunships, armed MQ-9 Reaper drones and attack jets, resembled the raid in October 2019 in which Abu Bakr al-Baghdadi, the previous leader of the Islamic State, died when he detonated a suicide vest as U.S. forces raided a hide-out not far from where last week’s operation took place.

U.S. helicopters were launched from a base in northeastern Syria controlled by the U.S.-backed Syrian Democratic Forces, and made several refueling stops during the 800-mile nighttime mission across the country. American officials alerted Israel, Turkey and Russia, which has troops based in northwestern Syria, shortly before the mission was underway to avoid any accidental contact, the officials said.

The indefatigable rise of petrol prices

Grassley, Johnson demand answers on why FBI paid Igor Danchenko as a source during Trump-Russia probe

The Next Battlefield for N.Y. Progressives? The State Assembly.

Amazon will return to advertising on Twitter, will pay $100 million: report