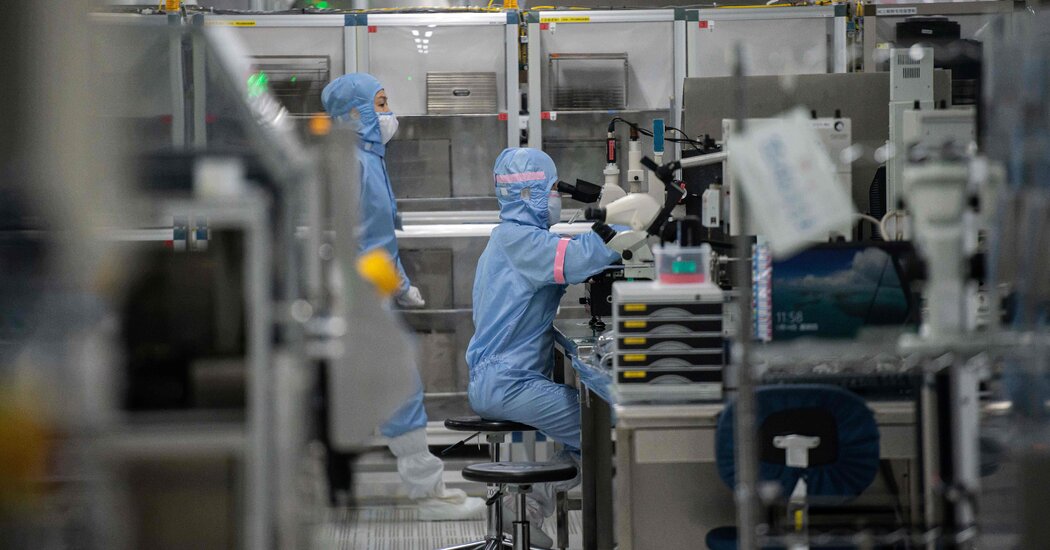 Other House Republicans argued that in trying to counter China’s chokehold on the global supply chain, the legislation went too far in trying to copy Beijing’s approach to industrial policy.

“I know that Democrats want to say this is a competitive bill, but it’s taking a page out of China’s playbook,” said Representative Cathy McMorris Rodgers of Washington, the top Republican on the Energy and Commerce Committee. “It’s trying to outspend China. China has a centralized, industrial policy. China picks winners and losers based upon political allies.”

That argument — that lawmakers should not be in the business of picking “winners and losers” — has long kept Republicans from endorsing significant government intervention in industrial policy. But an increasing number of Senate Republicans in recent years have shown more interest in supporting such investments, contending that government subsidies for sectors such as semiconductors were necessary to compete with China.

In a statement, Senator Todd Young, the lead Republican sponsor of the Senate bill, said he was “disappointed” that the House bill had not had more Republican input.

“To outgrow, out-innovate, and outcompete China, we need to work together and take the fight to the Chinese Communist Party,” he said. “As we head to a conference process, my hope is that the final legislation will reflect the Senate bill and give House Republicans a much better option to support.”

In a statement, Senator Chuck Schumer of New York, the majority leader, said House and Senate Democrats “know we have much more work to do to bridge our two proposals together and move this bill to the president’s desk, and I believe we will.”

The Senate bill that passed in June, which stands at 2,400 pages, would pour nearly a quarter-trillion dollars over the next five years into scientific research and development to bolster competitiveness against China.

Billions of Dollars at Stake in a Puzzling Holiday Shopping Season