On Ukraine, Biden Flusters European Allies by Stating the Obvious 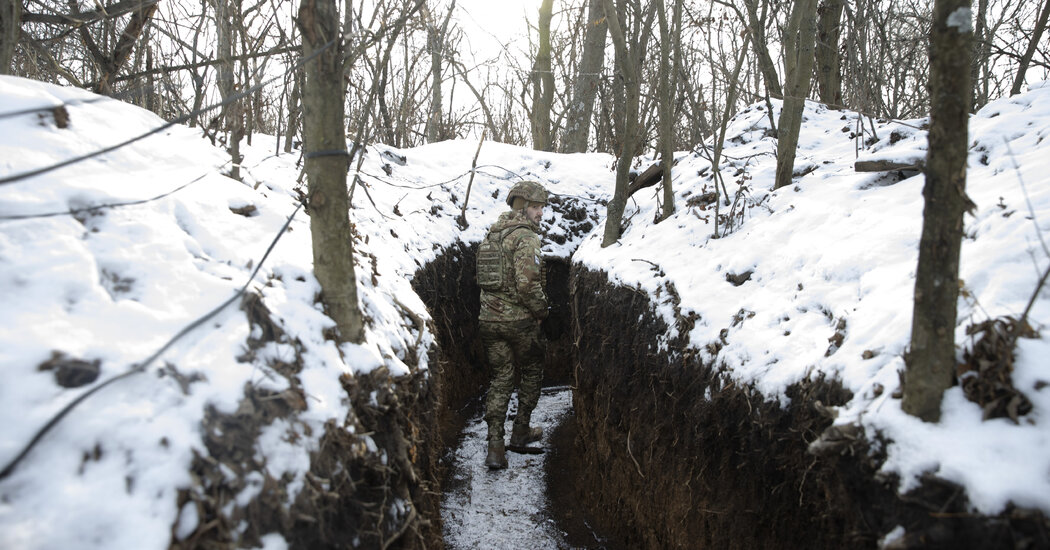 But it was clear that Mr. Biden’s news conference had ruffled the alliance.

At the same time, he said, the allies were coming together more strongly and more quickly than in 2014, and a NATO of 30 countries and a European Union of 27 “is never perfectly united, we’re not an autocracy, there are always differences and in the open.’’

But there was considerable unity “demonstrated in the language of the alliance,” he said. Mr. Biden’s comments perhaps “should not have happened, but they won’t undermine the Western position.”

The European Union considers that its main strength is in economic sanctions, and those are an active subject of intense and secret discussions, senior European officials say. Tough sanctions will come if Russia does not respond to diplomacy, but inevitably they will be calibrated to what Russia actually does.

In its new action on Thursday, the Biden administration said on Thursday that it will impose sanctions on four people. Two of them, Taras Kozak and Oleh Voloshyn, are members of the Ukrainian parliament and have used their influence to undermine Ukraine’s leadership in coordination of Russia’s security agency, the Biden administration said. The other two, Volodymyr Oliynyk and Vladimir Sivkovich, are former Ukrainian officials who worked with Russian intelligence agents to carry out influence operations to build support for Ukraine to cede Crimea to Russia.

Senior Biden administration officials said the sanctions were a sample of the broad range of actions that the United States is prepared to deploy to inflict economic costs on Russia if it invades Ukraine. They said that they were prepared to impose additional sanctions on individuals who are acting on Russia’s behalf against Ukraine.

“The United States is taking action to expose and counter Russia’s dangerous and threatening campaign of influence and disinformation in Ukraine,” said Wally Adeyemo, the deputy Treasury secretary. “We are committed to taking steps to hold Russia accountable for their destabilizing actions.”

Health tech company in talks with FDA on potential recall for device that may have caused injury, death

Daines, Cotton call on Biden to withdraw US from WHO due to ‘abysmal lack of competence’ during COVID-19