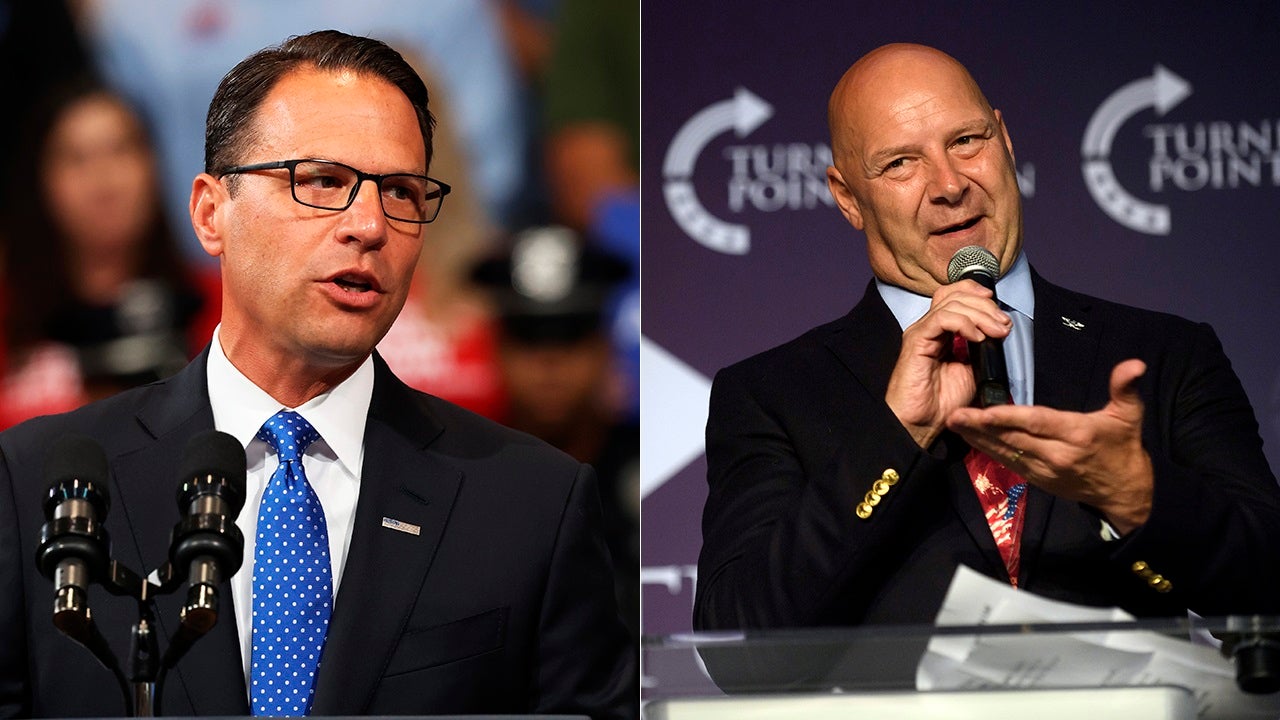 For the first time in decades, the Keystone State’s gubernatorial candidates will not debate in front of Pennsylvania’s Chamber of Commerce after Republican state Sen. Doug Mastriano demanded that he and his opponent be able to pick moderators of their choice and field questions from both during the proposed October 3 debate.

His opponent, Democrat Attorney General Josh Shapiro, would not agree to these conditions. On Thursday night on the “Ingraham Angle” Mastriano accused him of hiding.

“I’ll run circles around him. The guy’s a coward,” Mastriano said. “He refuses to debate me.”

Mastriano proposed the new debate format after he took issue with the chamber’s choice of moderator, veteran Emmy award-winning ABC27 local TV journalist Dennis Owens, who moderated the Democrat and Republican debates in the primary, including an April debate Mastriano participated in.

The Mastriano campaign claimed Owens is a member of “legacy media” that has “relentlessly amplified Josh Shapiro’s false charges against the Senator.”

“Doug Mastriano will debate Attorney General Shapiro anytime, anyplace where Shapiro can’t hide behind the cover of his partners in the mainstream media,” a Mastriano campaign spokesman told Fox News. “We appreciate the PA chamber working with us to try to host a gubernatorial debate.”

Pennsylvania’s Chamber of Commerce President and CEO Luke Bernstein told Fox News he believed Mr. Owens to be “very fair” and someone respected by both sides. The chamber, which has overwhelmingly endorsed Republican candidates in recent state positions, has a long-standing tradition of setting its own debate terms.

“There had to be mutual agreement by both candidates to change any of our terms,” Bernstein said, and in the gubernatorial race, “There was no agreement.”

Bernstein said the forum is an opportunity for candidates to talk to business leaders that represent more than half of Pennsylvania’s private workers at a time when the economy and inflation is top of mind for voters.

“This would largely be on economic issues, inflation, rising gas prices, and energy production,” Bernstein said. “I think debates are very important and are a very important part of democracy.”

The October 3 debate will now be a fireside chat with Shapiro in front of approximately 2,000 state business leaders after Mastriano declined to participate in a one-on-one fireside chat of his own.

This impasse between Mastriano and the Pennsylvania Chamber of Commerce raises the possibility that voters may be forced to cast a ballot without seeing their gubernatorial candidates debate for the first time since 1986.

The Shapiro camp insists they remain in active conversations with news outlets about setting up a debate.

“Doug Mastriano has once again decided to blow up good faith debate negations because he’s afraid of answering questions from local Pennsylvania reporters,” Shapiro’s campaign said in a statement to Fox News calling Mastriano’s proposal “unserious” and “an obvious stunt.”

It is also possible Pennsylvanians will miss out on seeing a debate between their Senate candidates.

The chamber also extended a debate invitation to Pennsylvania’s senate candidates. Republican nominee Dr. Mehmet Oz, will participate in a one on one fireside chat after Dr. Oz’s opponent, Democrat Lt. Gov. John Fetterman did not respond to the chamber’s debate invitation.

While Dr. Oz and Lt. Gov. Fetterman have agreed to an Oct. 25 debate, both are now in disagreement over whether the debate should be 90 minutes or 60 minutes long. The latest poll from Muhlenberg College of likely voters found both Democratic candidates in Pennsylvania leading, with Fetterman up 5 points over Oz and Shapiro up 11 points over Mastriano.

There is also a question of who would benefit more from debates.

“It seems to me that Mastriano needs to reach beyond his base much more than Shapiro does,” said Berwood A. Yost, Director for Public Policy at Franklin & Marshall College. “For Shapiro, I’m not sure there’s a real benefit because his lead is so significant.”

Just two weeks ago, Shapiro’s campaign declined Mastriano’s challenge to two debates in which each campaign would choose one of two dates, locations, and a moderator for each debate. Mastriano proposed the first debate on Oct. 22, moderated by Mercedes Schlapp, former Director of Strategic Communications at the White House under the Trump Administration.

Mastriano is not the only Trump-endorsed Republican candidate attempting to upend the traditional political debate format controlled by media organizations they deem partisan.

Debates – or lack thereof – have also taken center stage in Arizona’s race to become the next governor.

Arizona’s current Democrat Secretary of State Katie Hobbs is refusing to debate Republican nominee Kari Lake and has proposed a town hall-style event in which each candidate is questioned separately.

A debate with Lake, Hobbs’ campaign said, “would only lead to constant interruptions, pointless distractions, and childish name-calling.”

Bryan Llenas currently serves as a National Correspondent for FOX News Channel (FNC) based in New York. In this capacity, Llenas covers national breaking news. He joined Fox News in 2010 as a reporter for FOXNewsLatino.com and transitioned to his role as FNC correspondent in 2013. 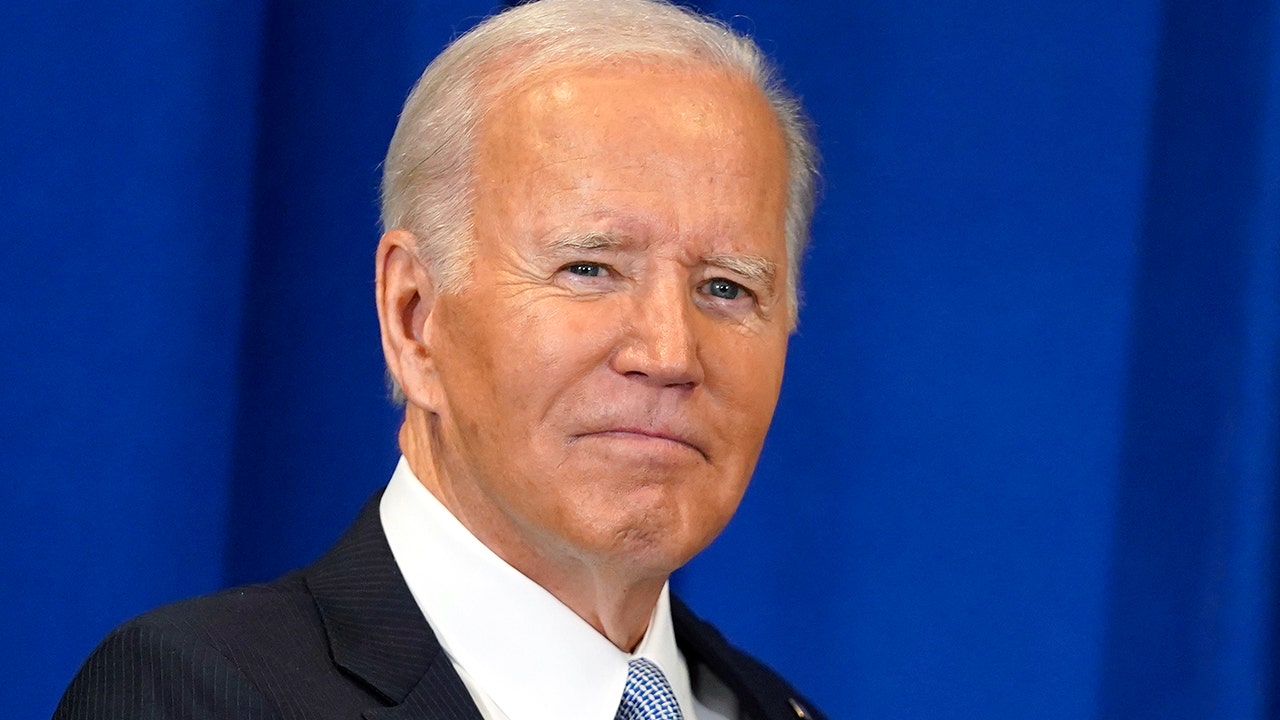