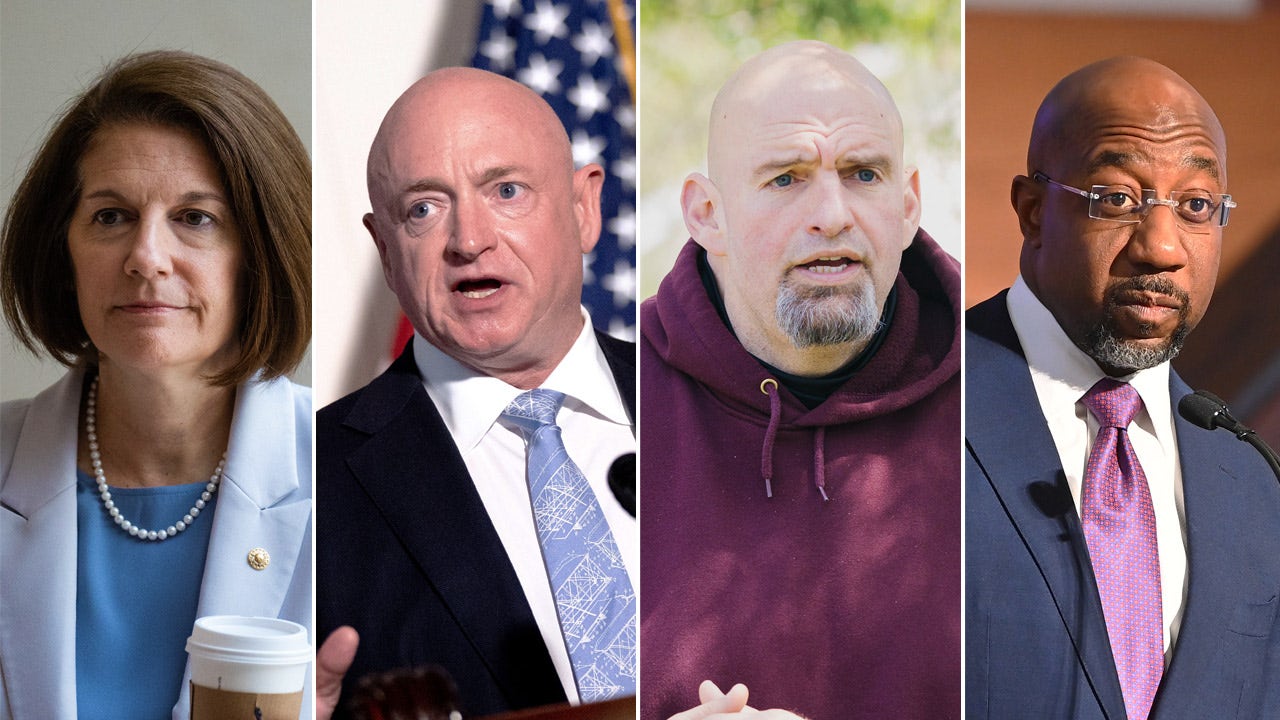 FIRST ON FOX: Several top Democrats in competitive Senate races say more needs to be done to get the economy back on track, but refused to say if the economy was in a recession, despite the latest GDP number showing the economy contracted for a second straight quarter.

The comments were provided exclusively to Fox News Digital on Thursday and followed an announcement from the Commerce Department that the gross domestic product (GDP), the broadest measure of goods and services produced across the economy, shrank by 0.9% on an annualized basis in the three-month period from April through June.

In a scathing response to the recent economic data, Pennsylvania Democratic Senate nominee John Fetterman, who currently serves as the state’s lieutenant governor and will face off in November against Republican nominee Dr. Mehmet Oz, said it is time for members of Congress “to act and start taking serious action.”

“It’s clear that Washington is not doing enough to tackle inflation and help the working people of Pennsylvania,” Fetterman said in a statement to Fox News Digital. “While hard working Americans continue to pay absurd prices for gas, ExxonMobil recently announced that they’re on track to pocket $18 billion in profits in a single quarter. It does not take a genius to see what is going on here. They are making billions of dollars off the backs of regular people. We need to take on these companies and put an end to this.”

“We also need to be making more sh** in America to lower costs and make sure that the supply chain starts and ends here, instead of relying on companies and countries overseas,” he added. “Making more stuff at home will drive down prices for everyone, simplify our broken supply chains, and create more good-paying jobs for people across Pennsylvania. Washington needs to act and start taking serious action to lower costs for the working people across the country.”

Meredith Brasher, the communications director for Georgia Democrat Sen. Raphael Warnock’s re-election campaign, insisted that the senator is continuously “working to lower costs” for his constituents in Georgia.

“Reverend Warnock is working to lower costs for hardworking Georgia families: he successfully led the passage of the bipartisan CHIPS and Science bill to boost U.S. manufacturing and reduce our reliance on foreign nations like China, he’s fighting to cap the cost of insulin, and pushing to suspend the federal gas tax,” Brasher said.

Offering similar remarks to that of Brasher, Lauren Wodarski, a spokesperson for Sen. Catherine Cortez Masto, D-Nev., insisted the senator has prioritized “lowering costs” for residents in Nevada.

“Senator Cortez Masto is focused on lowering costs for Nevada families, including by making prescription drugs more affordable,” Wodarski said in a statement.

Jacob Peters, the communications director for Sen. Mark Kelly, D-Ariz., told Fox News Digital that the senator is “focused” on the burdens faced by Arizonans as prices continue to rise for a number of goods and products.

US ECONOMY ENTERS TECHNICAL RECESSION AFTER GROWTH TUMBLES 0.9% IN THE SECOND QUARTER

“Senator Kelly has been focused on the impacts on Arizonans facing rising costs for gas, groceries, prescription drugs, and other products,” Peters said.

Earlier this year, Kelly, along with Sen. Maggie Hassan, D-N.H., introduced the  Gas Prices Relief Act in an effort to suspend the federal gas tax through the end of the year.

Kelly, who took office in December 2020 following a narrow special election victory, is running for re-election to the Senate. The Arizona state primary elections will be held on Tuesday and there’s a crowded field of Republicans who aim to unseat Kelly in November’s general election.

Prior to the first reading from the Commerce Department on the GDP’s shrinkage, Refinitiv economists expected the report to show the economy had expanded by 0.5%.

Economic output fell over the first three months of the year, with GDP tumbling 1.6%, the worst performance since the spring of 2020 when the economy was still deep in the throes of the COVID-induced recession.

Recessions are technically defined “a significant decline in economic activity that is spread across the economy and lasts more than a few months,” and are characterized by high unemployment, low or negative GDP growth, falling income and slowing retail sales, according to the National Bureau of Economic Research (NBER), which tracks downturns.

On Wednesday, Manchin and Senate Majority Leader Chuck Schumer, D-N.Y., announced they had agreed on a watered down version of Build Back Better known as the Inflation Reduction Act of 2022. The measure, according to Manchin’s and Schumer’s offices, will raise $739 billion in revenue through IRS tax enforcement, the corporate minimum tax and closing the carried interest loophole. It will spend $433 billion total, they said, on energy and climate change provisions and on the Affordable Care Act extension.

Senate Democrats and Republicans are at odds over how the measure will impact the American economy as the midterm elections rapidly approach.

In Spite of Pitching Woes, the Red Sox Keep Swinging

Without the Wonderlic, the N.F.L. Finds Other Ways to Test Football I.Q.

Renewables in the mix for Japan’s financing of African development