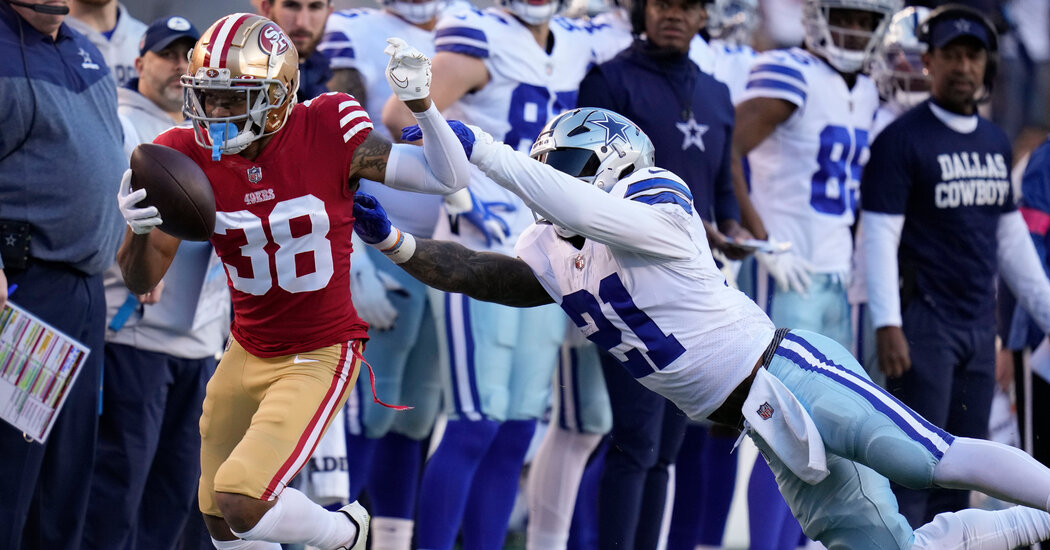 SANTA CLARA, Calif. — The San Francisco 49ers and the Dallas Cowboys, two of the N.F.L.’s most popular franchises, had one of the league’s premier rivalries throughout the 1980 and ’90s.

The Cowboys won three Super Bowls in four years and the 49ers won four titles in the 1980s. Often, one team’s biggest obstacle to winning a championship was the other.

In meetings this week, 49ers Coach Kyle Shanahan, whose father, Mike, worked on the 49ers’ coaching staff from 1992 to 1994, said he showed the team film from some of the most memorable games in the rivalry. “Just so everyone has an idea of what Dallas and the Niners mean to people,” he said.

The first came on the Cowboys’ second possession of the game, as Prescott tried to find Michael Gallup for a pass that was picked off by Deommodore Lenoir. The 49ers’ Robbie Gould connected on a 26-yard field goal to put San Francisco ahead, 3-0.

Dallas retaliated with a long scoring drive that culminated with Prescott’s 4-yard touchdown pass to tight end Dalton Schultz. Then the miscues continued for the Cowboys’ kicker, Brett Maher.

Maher set an N.F.L. record in the Cowboys’ win over the Buccaneers in the wild-card round by missing four extra-point attempts. Typically, that many missed kicks would mean the end of a kicker’s tenure with a team. Despite adding another kicker to the roster ahead of Sunday’s game, the Cowboys stuck with Maher, who had missed just three extra points in the regular season.

As Maher prepared to kick the extra point after Dallas’s first touchdown of the game, Cowboys fans stopped swinging their blue and white towels and seemed to hold their collective breath. The kick was blocked by 49ers defensive end Samson Ebukam. The block kept the Cowboys’ lead within a field goal at 6-3.

Maher made his next two field goal attempts but they weren’t enough to keep Dallas apace in a game where points were hard to come by.

Throughout the season, the Cowboys had been buoyed by a great defense and had to live with whichever version of Prescott would show up on game day. He could gash defenses quickly as against the Buccaneers, when he threw for 305 yards and four touchdowns. Or Prescott could look like a confused player who made poor decisions, like when he finished with 128 passing yards, one touchdown and one interception in the regular-season finale against the Commanders.

On Sunday, the Cowboys got the latter version of Prescott. The stout Cowboys defense held the 49ers to a field goal after each turnover.

For the 49ers, it was the first game in which quarterback Brock Purdy, the last pick in the 2022 draft, looked flustered. The Cowboys’ pass rush consistently pressured Purdy, who was sacked twice. He missed several throws, including a few that should have been intercepted had they not been dropped.

But the team’s star-studded supporting cast and Shanahan’s play-calling did just enough against a Cowboys defense that made the 49ers struggle to gain yards in ways they hadn’t on their 10-game winning streak to close the regular season.

The 49ers will make their second straight appearance in an N.F.C. championship game and their third in the last four seasons when they face the top-seeded Philadelphia Eagles next Sunday. 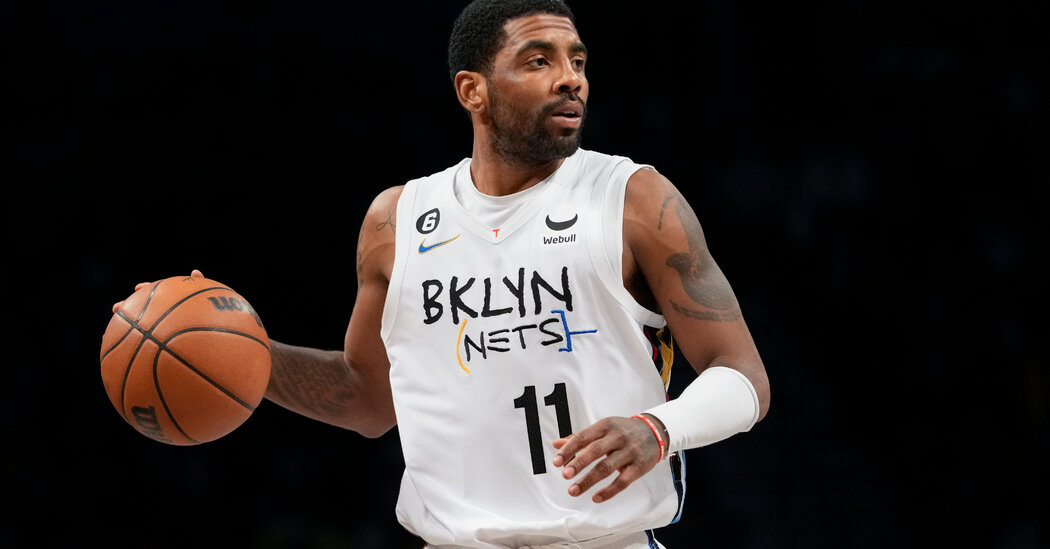